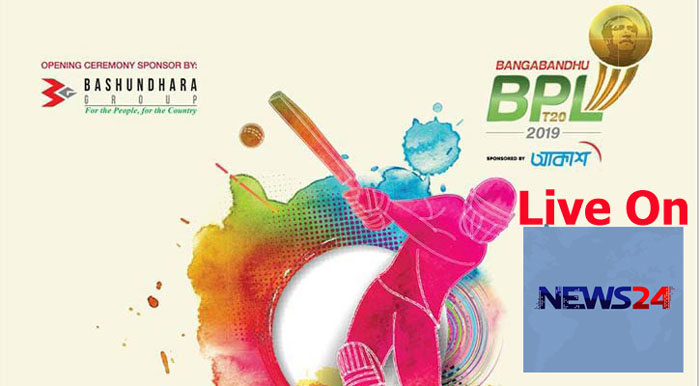 Gazi TV and Massranga TV will also telecast the opening ceremony program that will be inaugurated by PM Sheikh Hasina on Sunday.

BCB has released around 5,000 tickets for the general public among the 8,000 seating capacity for the gala event. The remaining 3,000 tickets are to be given as complimentary to different organizations affiliated to the BCB.

Bangladesh rockstar James and popular folk singer Mumtaz will perform in the event along with Bollywood stars Salman Khan and Katrina Kaif and singers Sonu Nigam and Kailash Kher.

Bangladesh Cricket Board (BCB) president Nazmul Hasan Papon in a thankful tone on Thursday said that opening ceremony sponsor Bashundhara Group is providing all the expenses of the program that required around TK12 Crores.

“It is hard to tell about the budget. Because the tournament is named after Bangabandhu, so we are not thinking too much about the budget. And sponsor is bearing it whole,” said Nazmul adding that they are planning to have giant screen across several places.

“As we are not able to give the opportunity to come inside the ground, the demand is huge. The demand is more than one lack. From my side, there are minimum 10-12 thousands. That will be realized after giving the tickets to the VIPs. Apart from that, we have found out some points. It will be screened in seven divisions in giant screens,” he said.

“We are arranging it. We have fixed some points in Dhaka. We will screen in TSC, Gulshan or Banani Club, at Rabindra Sarabor in Dhanmondi,” he added.

“The audience is huge in Mirpur. Here we are arranging in City Club ground and we are trying to arrange in different places of Dhaka and it won’t minimise the attraction,” he said.

“It is not possible to bring so many audiences inside the field,” he added.

Nazmul added that they are unable to provide tickets as they have to give ticket to lot of stakeholders.

“Ticket is not available. This time it will be very hard to get the tickets because we have to provide tickets to the councilors in Bangladesh. In every events, we have to give (tickets) to the clubs,” said Nazmul.

“The organisations who are involved, we have to give them too,” he added.

“The BCB employees and it is a huge portion, but things are going on like this,” he said.

“And the Ministers, MPs, if they come to see, we will also have to give (tickets) to them,” he added.