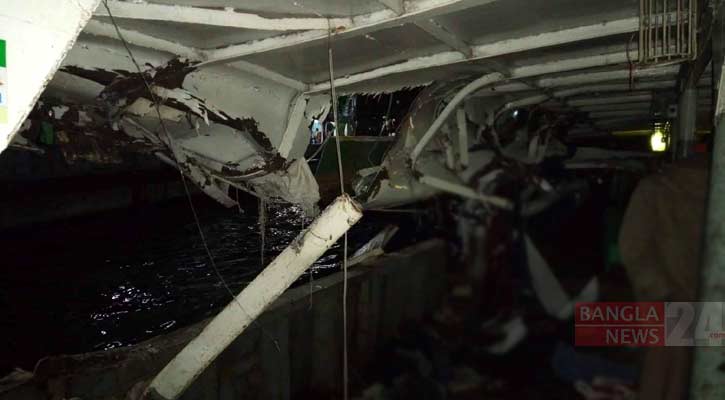 At least one passenger was killed and fifteen others were injured in a collision between two launches on the Meghna River in Sonargaon upazila of Narayanganj on Saturday morning.

Poor visibility is likely to have played a key role in the collision between Dhaka-bound MV Manik-4 and Chandpur-bound MV Bogdadia-13.

The accident took place around 1:00am.

Details about the victims could not be known immediately as the rescue drive was hampered due to dense fog, he said.

The injured people have been admitted to Dhaka Medical College and Hospital.