Saudi shooter kills three in US navy base attack 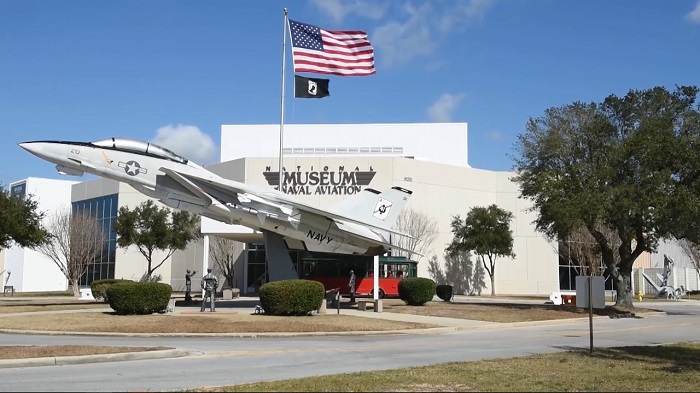 A Saudi military trainee opened fire on Friday at a US naval base, killing three people before being shot dead by police, local media and officials said.

The shooting, which took place at Naval Air Station Pensacola in Florida, left seven people injured including two sheriff's deputies who responded to the attack, one of whom was shot in the knee, the other in the arm, reports AFP.

CNN reported that the shooter was in the military of Saudi Arabia -- the same nationality as 15 of the 19 men involved in the 9/11 attacks, some of whom attended flight school in Florida.

"My thoughts and prayers are with the victims and their families during this difficult time," President Donald Trump tweeted.

"We are continuing to monitor the situation as the investigation is ongoing."

Police received their first call about the shooting shortly before 7:00 am (1200 GMT), Escambia County Sheriff David Morgan said. One of the responding deputies eventually killed the attacker.

"Walking through the crime scene was like being on the set of a movie," Morgan said. "You don't expect this to happen."

Local authorities were due to hold a press conference to provide further details.

The facility, which is used for training and made up mostly of classrooms, "is shut down until further notice," he said.

Witnesses to the shooting described a chaotic scene as police rushed to respond.

Federal agencies are investigating, authorities said, including the FBI and the Bureau of Alcohol, Tobacco, Firearms and Explosives.

Just two days prior on Wednesday, a US sailor fatally shot two people and wounded a third at the Pearl Harbor Naval Shipyard in Hawaii before taking his own life.

The Pensacola naval air station hosts 16,000 military personnel and more than 7,000 civilians, and is home to a flight demonstration squadron.

It is an early training center for naval pilots, and is known as the "cradle of Naval aviation."

While mass shootings in the United States are common, those at military facilities are rare.

In July 2015, Mohammad Youssuf Abdulazeez carried out an attack at two military installations in Tennessee that killed four Marines and a sailor, with the FBI concluding that the violence was inspired by a "foreign terrorist group."

Supporters of tighter gun laws seized on the latest shooting.

"Our veterans and active-duty military put their lives on the line to protect us overseas -- they shouldn't have to be terrorized by gun violence at home," Cindy Martin, a volunteer with the Florida chapter of Moms Demand Action whose daughter works at the naval base, said in a statement.