Marrying Saif was the best decision of my life: Kareena Kapoor 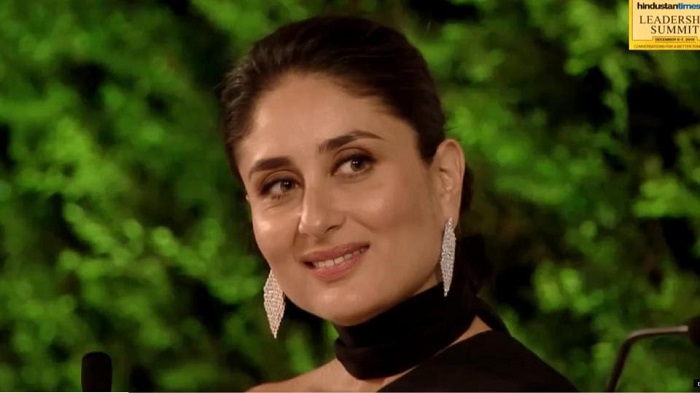 Actor Kareena Kapoor has revealed details of how she manages to work full time and go on outdoor shoots while managing to be constantly there for her son Taimur Ali Khan Pataudi.

“When I got pregnant, I was supposed to shoot a movie but because the producer didn’t get insurance, we could not shoot the film. And when she announced the news to me, she was like I want to do this film with you and we will incorporate that you are pregnant in the script. But later, she called me and said I am not getting insurance so I am not going to shoot the film. I said fine, go ahead and take another person but she said she would wait. She was a female producer making a film with three female leads. And we decided to wait for nine months,” she said about Veere Di Wedding that featured Sonam Kapoor and Swara Bhaskar along with Kareena.

She further said, “The film went on to become a success and my son came along with me to the shoot and I think that was the best decision as well. He has to know that his mother works. He has to respect the fact that both his parents work. Saif was like, if you want to continue, take him with you and keep him close. Let him know what you do. And that’s what he has done, he is a brave, brave boy. He has come back from a 20-day shoot for Laal Singh Chaddha all over Punjab. And I shoot for 8 hours, rush back to put him to bed and I have a wonderful actor and producer - Aamir Khan, who supports me. That’s what a working mother and a working actor should be. I think things are changing in our world.”

Kareena also talked about her decision to get married at the peak of her career. “The decision to get married was...it is not a crime to be in love and if nobody wants to work with me because I am in love and I am married then don’t because I will do whatever I want. Everyone said your career is over and I said if it is so, be it. But this is what I want to do, this is the person I want to spend the rest of my life and I will do it. I think it the best decision I have made, as of now,” she said.

Hindustan Times Leadership Summit’s 17th edition began Friday with Prime Minister Narendra Modi delivering the inaugural address. The theme for this year’s thought conclave is “Conversations for a better tomorrow” and will see political leaders, corporate heads and torchbearers from various fields debate and ideate over the course of these two days.