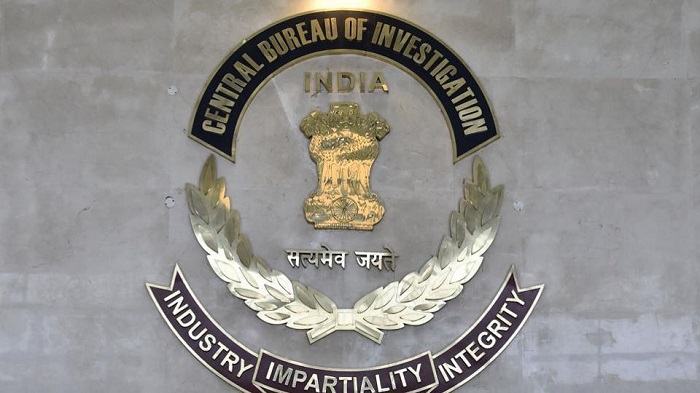 The Central Bureau of Investigation (CBI) of India has registered a case against sitting Allahabad high court judge Justice Shri Narayan Shukla alleging that he accepted bribe in lieu of giving a favourable order for a Lucknow-based medical college.

Prasad Institute of Medical Sciences was disbarred from taking admissions by the government in May 2017.

Justice Shukla has been named as prime accused along with retired Odisha high court judge IM Quddusi, who was earlier arrested in September 2017, and four other private persons in the matter.

After registering the latest case in its larger alleged “judicial corruption” probe on Thursday, CBI teams on Friday morning raided residences of Justice Shukla in Lucknow, Justice Quddusi’s residence in Delhi and five other places and recovered several incriminating documents related to investments and financial transactions.

CBI spokesperson confirmed that a case has been registered against Justices Shukla and Quddusi, and others and raids were conducted on Friday in Delhi, Lucknow and Meerut. Other than Shukla and Quddusi, CBI has named an alleged conduit Bhawana Pandey, Bhagwan Prasad Yadav and Palash Yadav of Prasad Education trust, another alleged middleman Sudhir Giri and the trust.

Officials familiar with the FIR said Shukla, Quddusi and others have been booked for criminal conspiracy under sections 7, 8, 12 and 13 (2) and 13 (1) of the prevention of corruption act (which deal with accepting bribery, criminal misconduct).

Former Chief Justice of India Ranjan Gogoi, in July this year, gave CBI permission to register an FIR against Justice Shukla after the agency informed the apex court about the irregularities. Gogoi had also written to the Prime Minister Narendra Modi earlier this year recommending Shukla’s removal after an in-house panel had found him guilty of judicial irregularities.

All the judicial and administrative work was taken away from Justice Shukla, a sitting judge at the Lucknow bench of Allahabad High Court, and he was debarred from entering the court premises after a three-member committee comprising then Madras High Court Chief Justice Indira Banerjee, then Sikkim high court Chief Justice SK Agnihotri and Madhya Pradesh High Court judge PK Jaiswal had found him guilty of judicial irregularities in January 2018.

An investigation against Justice Shukla was initiated by former CJI Dipak Misra in November 2017 on a complaint by Uttar Pradesh advocate general Raghvendra Singh who alleged malpractices against him.

The CBI had registered a case against Justice Quddusi in September 2017 for allegedly demanding and accepting bribe from Prasad Education Trust promising relief from the judiciary in their case related to debarment of their college by the government. Justice Quddusi was chargesheeted by CBI in July this year. The court took cognizance of CBI chargesheet last month itself.

According to latest CBI FIR, reviewed by HT, it is alleged that Prasad Institute of Medical Sciences was debarred in May 2017 by the central government for admitting medical students academic years 2017-18 and 2018-19 due to substandard facilities and non-fulfillment of required criteria along with 46 other medical colleges which were also debarred on similar grounds. The decision to debar (them) was agitated by Prasad trust before Supreme Court through a writ petition”.

“Subsequently, a conspiracy was hatched among the FIR named accused and the writ petition was withdrawn with the permission of the court. Another writ petition was filed before Lucknow bench of Allahabad High Court on August 24, 2017. It was further alleged that the petition was heard on August 25, 2017 by the division bench of the court comprising of Justice SN Shukla and a favourable order was passed on the same day,” states CBI.

“Quddusi and B P Yadav of Prasad Trust met Justice Shri Narayan Shukla in the morning of August 25, 2017 at his residence in Lucknow regarding the matter and delivered illegal gratification,” states CBI FIR, reviewed by HT.

Shukla’s order was challenged by Medical Council of India three days later in the Supreme Court. It was listed before the bench of CJI and two more judges. After the SC disposed of the HC petition as the matter was already being heard in the apex court, CBI FIR states, “BP Yadav pursued with I M Quddusi and Bhawana Pandey to get back the bribe paid to Justice Shri Narayan Shukla.”.

“Quddusi further contacted Shukla for return of the illegal gratification earlier paid to him and part of it was returned,” states CBI FIR.

Bhawana Pandey, Giri and Yadavs were named by CBI in previous case as well.