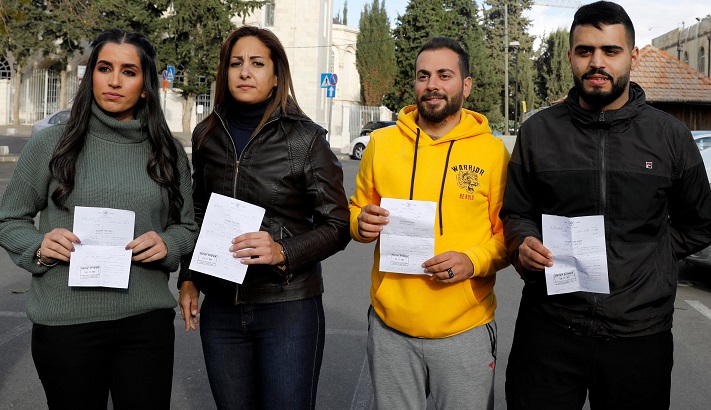 According to the Palestinian ministry of information, the four are Christine Rinawi, Dana Abu Shamsiyeh, Ameer Abed Rabbo and Ali Yassin, who work in the city for Palestinian Authority-funded Palestine TV.

Israeli police spokesman Micky Rosenfeld said Friday that "the journalists were detained in connection with illegal activity by the Palestinian Authority in Jerusalem," without providing further details.

The journalists were released from a central Jerusalem police station Friday afternoon, an AFP photographer said.

Abed Rabbo said the release of the four was on condition they do not work for Palestine TV for the next six months or communicate with one another for the next 15 days, on pain of fines.

Saeb Erakat, secretary general of the Palestine Liberation Organisation said the detentions were "an attack against freedom of speech" and the "Palestinian presence in Jerusalem".

The detentions were "part of a larger campaign against any voices showing the reality of Israel's occupation," he contended.

Israel occupied east Jerusalem in the 1967 Six-Day War and later annexed it in a move never recognised by the international community.

It considers the entire city its capital, while the Palestinians see the eastern sector as the capital of their future state.

Israel considers PA activities in the city a violation of its sovereignty over Jerusalem.