Air purification device for our nose can only save us! 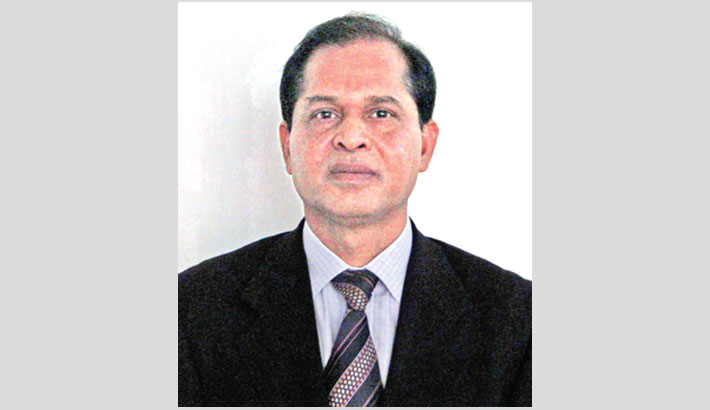 On 25 November 2015, at a meeting on air and sound pollution of Dhaka, the Minister for Environment, Forest and Climate Change, Mr. Md. Shahab Uddin, acknowledging the intolerable level of the capital’s air pollution, has said that necessary measures would be taken based on the decisions of the meeting. The Minister has also referred that the Department of Environment and the World Bank have jointly worked on this issue and published a report. That report has identified three main sources for the pollution, such as brick kilns, fumes of vehicles and dust from construction sites. Emphasising the urgency of controlling air pollution, he underlined the active participation of both the government and private agencies and organisations.

According to a report, published on 26 November 2019 in this Daily, Dhaka experienced record high air pollution on 25 November morning with 242 points (air quality index), whereas it was 211, 198 and 198 in Delhi (India), Lahore (Pakistan) and Ulaanbaator (Mongolia) respectively. It has mentioned the high level of Particulate Matter (PM) in the air of Dhaka, particularly in the dry season. The report has also referred the results of various studies under the project of the Department of Environment, which are not, at all, supportive to our health, even the lives of plants and animals living in Dhaka.

We understand, from the said report that vehicular emission and road dust are the major contributors to air pollution in Dhaka city. In addition, brick kilns, industrial emission, construction dust and open burning are considered as the major contributors. However, I feel that open dustbins kept on the roadside in Dhaka city are also polluting this city’s air. As the government’s environment department is very much involved in those studies, we should not have any doubt in their findings. We, therefore, believe that our government is also well aware of the ultimate consequences of air pollution on the inhabitants as well as all living animals and plants in the city. They might have the plans to take necessary actions in those identified sectors contributing to air pollution.

I am living in an apartment situated at the 5th floor in Gulshan. That area is neither a busy area nor any construction work is going on closer to our building. Windows, balconies, all open spaces are protected with movable net fence and glass. Everyday our furniture is to be cleaned twice with clean cloth. One would be surprised that the colour of dust, for obvious reason, are not normal, but black. Being immersed in that polluted air, we do not know how much of dust we have been taking during our respiration. Only physicians can say how much of that dust remains inside our body (in different organs, like lung) and how much we consume (like food) or coming out of our body. And, obviously, the question of its consequences on our health comes. We are also worried about the health condition of our future generation, who will lead the country. A physically weak nation cannot build a healthy and prosperous country.

It is said that air pollution of Dhaka city has already started its journey causing various respiratory infections, sinusitis, allergy, asthma, bronchiolitis, nose blockage, throat infection, pneumonia, cough, breathing problems, renal damage, skin diseases, rhinitis, etc. Some people of Dhaka city have told me that our eyes, ears, vocal cord and skull-skin might be badly affected as these areas are open to polluted air. Truly speaking, I could not protest their claim. Particularly, air of Dhaka city is polluted with various types of materials and chemicals. I have every doubt that it could be easily controlled, because each and every component should be treated separately under different government agencies/authorities. In fact, it is a difficult job for the government to solve alone. It needs peoples’ understanding, cooperation and support.

The entire job should be carried out by two main groups- the government agencies and the people of the Dhaka city (or people of other air polluted areas). The government is aware of everything as it has thoroughly studied the issue and perhaps has made necessary plans for implementation. But the execution of plans should be done through a combined effort. In one hand, a number of ministries, like Environment, Roads, Health, Home, Industries and City Corporations should work under a joint programme. On the other, the inhabitants of Dhaka have a number of responsibilities to follow while constructing their houses, running their vehicles, operating their industrial units, etc. In this case, citizens of Dhaka should follow the respective guidelines of the government. If there is any lack in the guidelines, government should frame those immediately to have positive result in the efforts of controlling air pollution. Government should not compromise while adopting necessary laws and regulations in this regard.

We know, our court has recently given a ruling on the brick kilns operating around the capital city and are polluting city’s air. The smoke coming out of those kilns is one of the major causes of air pollution. According to a source, there are about 7902 kilns in Bangladesh and of those 2487 are in Dhaka division (including Mymensingh. Our industries, like kilns, are also participating in polluting the air. Emission from thousands of vehicles using diesel is polluting Dhaka’s air in front of the traffic police.

Construction of buildings, roads, expressways is a routine work of both the government and the people. But, nobody (public or private level) is seen taking any precautionary measure to prevent air pollution. In fact, they do not care or feel that they have some obligation for others. Even, they are also swimming in the same flood of polluted air of this city. The concerned authorities should strictly enforce the existing laws or frame necessary laws immediately, if it requires. No construction work should be allowed without necessary measures controlling air pollution.

There are people who think that controlling air pollution might be a very difficult or undoable job. In that case, as an alternative, they suggest making available some kind of air purification device to be installed in our nostrils. This technological advice, if it happens at all, might save us. But, how the environment or the nature could be saved? The problem remains there and it needs a permanent solution to have a healthy future generation.

It’s true that the pollution is not a naturally evolved issue. We, the people, are liable for this. By doing this, we are not only damaging ourselves, but also destroying the nature. Therefore, it is our responsibility to save us as well as the nature. We should not wait anymore. In this context, I believe people’s awareness and implementation of necessary laws can together play a significant role to reduce air pollution in Bangladesh. Let’s organise campaigns to create awareness among our people, particularly in Dhaka city, so that we can see some positive progress in reducing the level of air pollution. However, all concerned government agencies should start their operation immediately to control air pollution.

We hope to see an appreciating improvement in reducing air pollution level in our beautiful capital city. As the issue remains as a threat to our lives, it has to be addressed at any cost without further delay.