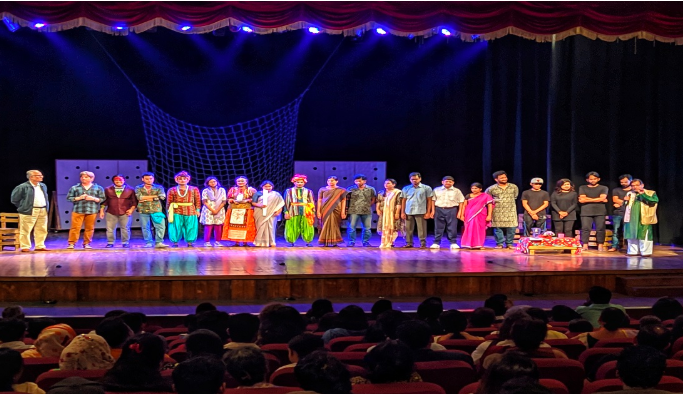 Despite being visually impaired, the performers brilliantly exceeded the expectations of the audience through their tantalizing performances.

Lottery narrated the story of middle-class crisis and inconsistencies in the name of yellow journalism, revolving a lottery ticket.

Renowned actor, theatre activist and former state minister of cultural affairs Asaduzzaman Noor applauded the performers after the staging of the play.

"The play became an exceptionally good creation because of all these actors. They read the script with their inner-eyes, felt the play within their beautiful soul and tremendously mastered the story with their amazing acting. We all have so many things to learn from them and their spirits"- Noor expressed his applause for the Lottery and its performers.

Honorary president of the International Theatre Institute (ITI) Ramendu Majumdar honored the director of the play Mostafiz Shahin after the play. The director conveyed his gratitude to every person associated with the play and expressed his wish to stage more shows in future.

Nagorik Natya Sampradaya provided the creative supervision and technical assistance to the production of Lottery, while non-governmental organization Prerona, who first introduced the idea to portray the visually impaired aspiring actors- also associated with the production.