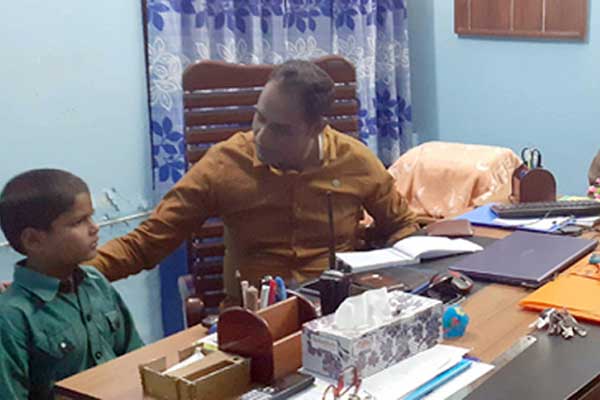 A 7- year-old boy filed a complaint with a local police station after two women obstructed him from playing with his friends in a field in Nachole upazila of Chapainawabganj on Thursday.

Complainant Quaderi, son of Abdul Quader of Ghion village of Chapainawabganj  Sadar union, is a second grade student of Asian School and College of the upazila.

Mahbubur Rahman, officer-in-charge (OC) of Nachole Police Station, said Quaderi and his classmates went to play in a field at 12:30 pm on Thursday. However, two women of the area obstructed them from playing in the field and used obscene language towards the school boys.

After the incident, Quaderi visited the police station and filed a complaint mentioning the whole incident.

Later, police summoned the women in the police station and solved the matter.