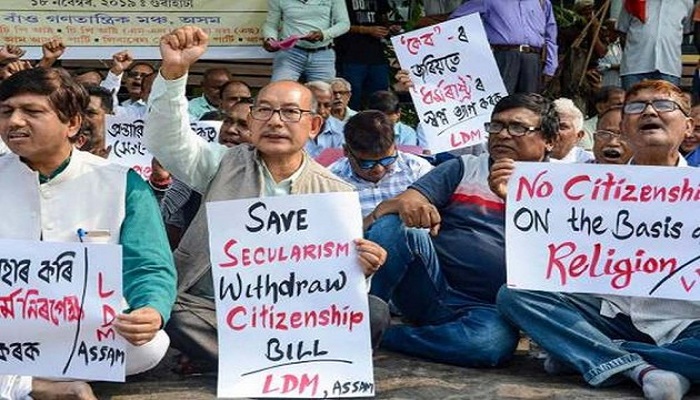 The Citizenship Amendment Bill of India, 2019 approved by the Cabinet sets a cut-off date of 2014 for Hindus, Sikhs, Buddhists, Christians, Jains and Parsis from Afghanistan, Pakistan and Bangladesh to have entered India, reports The Indian Express.

It also reduces the 11-year clause for such people to prove their residency in India to five years.

The Bill is based on the ground that given that the Constitution of those three countries provide for a state of Islam religion where minorities face religion persecution forcing them to flee to India. Often they stay beyond the period their documents allow and end up facing prosecution.

The Bill is likely to be tabled in Parliament next week.

These special provisions for citizenship will not be applicable in the tribal areas of Assam, Meghalaya, Mizoram and Tripura that are included in the Sixth Schedule of the Constitution and the area covered under the