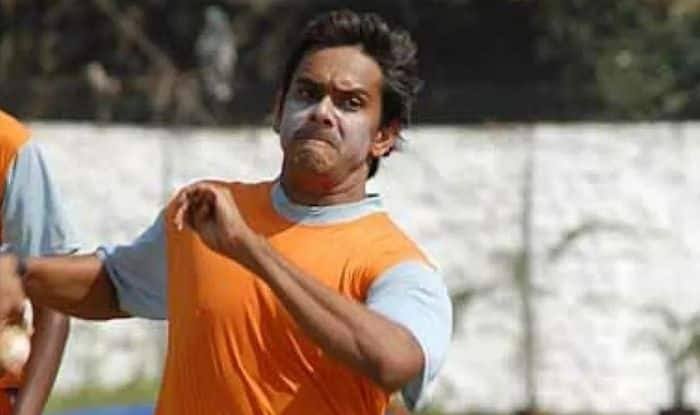 Robin Morris, a former Ranji player, and four others have been arrested for allegedly kidnapping a loan agent and trying to extort money from his family, the Mumbai police said on Thursday.

The incident took place on November 30, a police official said.

Morris (53), the prime accused in the case, is a former batsman who had played in the Ranji Trophy for Mumbai and also in other domestic tournaments.

The other accused were identified as Gravin D'souza, Ahmed Ali Ansari, Alex Miranda and Rupesh Bhimani.

All of them were arrested on December 1, said senior inspector Datta Shinde of Kurla police station.

Some years ago, Morris had approached a loan agent for securing a loan of Rs 3 crore from a bank.

The agent charged him a commission of Rs 7 lakh, but could not manage to get the loan sanctioned, the police official said.

Morris demanded his money back, following which the agent returned Rs 5.5 lakh but could not pay the balance despite repeated demands.

On November 30, Morris called him for a meeting outside the Kurla railway station.

When the agent, a 43-year- old man, arrived at the spot, Morris and four others allegedly took him to the cricketer's Versova house in a taxi, and confined him to a room.

Morris allegedly asked the agent to call his family members and tell them to bring the balance amount if they wanted him released.

A team of Kurla Police went to Morris's Versova house on December 1, rescued the agent and arrested the five accused.

Morris and others were booked for kidnapping, criminal intimidation, wrongful confinement and assault for the purpose of extortion, inspector Shinde said.

All of them are now in judicial custody.

Last year Morris was caught in a sting operation on cricket betting, where it was alleged that he had facilitated `pitch-doctoring' ahead of India-Sri Lanka, India-England and India-Australia matches.

He denied the allegations.