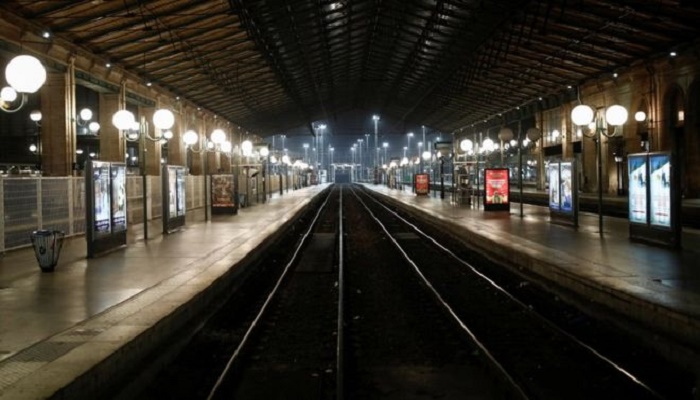 Widespread travel disruption is expected to continue in France for a second day on Friday as the largest nationwide strike in years continues, reports BBC.

Workers from a wide range of sectors are protesting against pension reforms.

More than 800,000 people took to the streets on Thursday, with violent clashes reported in a number of cities.

Widespread rail cancellations and disruption to flights are expected on Friday with only a fraction of the capital's transport system working.

Paris's bus and metro operator have said their walkout will last until Monday at least.

Other unions are expected to decide on Friday about their further strike plans, Reuters reports.

It would replace France's current system which has 42 different pension schemes across its private and public sectors with variations in retirement age and benefits.

What happened on Thursday?

The disruption meant popular tourist sites, including the Eiffel Tower, were closed for the day and usually busy transport hubs like the Gare du Nord were unusually quiet.

In Paris there were reports of vandalism in places and police used tear gas to disperse protesters. In total, 71 arrests were made across the capital, police said.

Clashes were also reported in a number of other cities including Nantes, Bordeaux and Rennes.

What is the impact on transport?

Rail operator SNCF say 90% of regional trains were cancelled by the disruption on Thursday.

The Paris metro, which usually transports more than 4m passengers a day, had 11 of its 16 lines closed completely.

Hundreds of flights were also cancelled, with airlines warning of further disruption to come.

Who is striking and why?

Teachers, transport workers, police, lawyers, hospital and airport staff were among those who took part in Thursday's general walkout.

Some trade union leaders have vowed to strike until Mr Macron abandons his campaign promise to overhaul the retirement system.