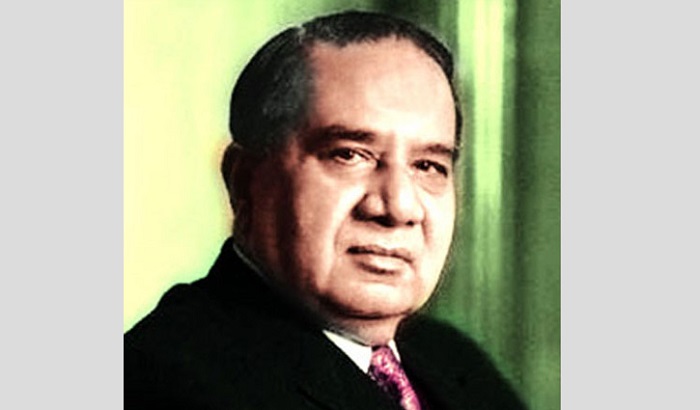 The 56th death anniversary of Hussain Shaheed Suhrawardy, one of the greatest leaders of undivided India, was observed across the country today in a befitting manner.

The unparallel leader of all Indian politics, who had dedicated his entire life to ensure the welfare of the people by upholding democracy, died at a Beirut hotel, Lebanon on December 5, 1963.

To mark the day, different political and socio-cultural organisations, including the ruling Awami League (AL), took various programmes, including placing wreaths at the grave of the great leader in the morning, discussions, Qurankhwani, milad and doa mahfil in the capital and elsewhere across the country.

Awami League (AL) led by its General Secretary and Road Transport and Bridges Minister Obaidul Quader paid glowing tribute to the late leader by placing wreaths at his grave adjacent to the High Court in the morning while Fateha and doa were offered there.

The central committee of Bangabandhu Sangskritik Jote arranged a discussion at the Jatiya Press Club here in the morning.

State Minister for Information Dr Murad Hassan was present on the occasion with Advisor of the Bangabandhu Sangskritik Jote Syed Hasan Imam in the chair.

Jatiya Gonotantrik League organized a meeting on the occasion of the death anniversary of Suhrawardy on the premises of three leaders’ mausoleum.

Besides, other like-minded organisations observed the death anniversary of Suhrawardy in a befitting manner across the country.

Hussain Shaheed Suhrawardy was born in a respected Muslim family at Medinipur in West Bengal, India on September 8, 1892.