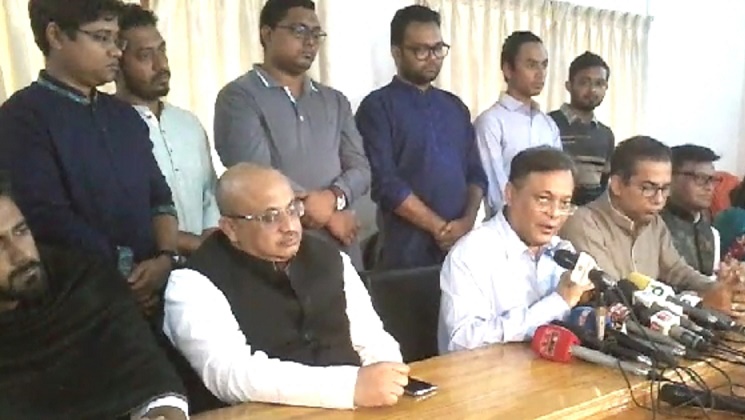 The ruckus activities staged by BNP followers at a courtroom of the Appellate Division during the hearing of an appeal filed by party chairperson Khaleda Zia in a case is tantamount to contempt of court, said Information Minister Hasan Mahmud on Thursday.

He made the remark at a programme arranged marking the launching of a website, council.albd.org, over the Awami League’s council to be held on December 20-21.

The minister further said, “It’s [courtroom chaos] tantamount to contempt of court ….this manifests that they don’t abide by law and court. BNP’s programme against the court verdict means the contempt of court.”

Pointing at BNP, Hasan Mahmud said if they unleash vandalism, attack people and try to create anarchy, people will resist them with a strong hand and Awami League will stand by people.

Earlier in the day, a six-member bench, headed by the Chief Justice, left the courtroom after a group of pro-BNP lawyers shouted and made chaos in the room during the hearing of an appeal filed by Khaleda in Zia Charitable rust corruption case.