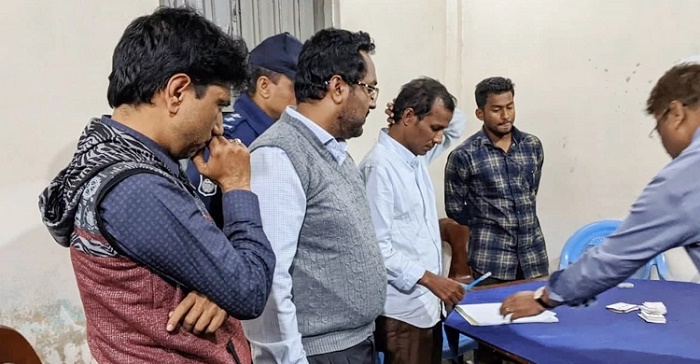 Acting on a tip-off, a team of law enforcers conducted the drive and detained them when they were engaged in playing casino openly at the area.

Law enforcers also seized Tk 30,000, gambling cards, cigarettes of different brands, bottles of provocative drinks, matches and other items there during the raid.

The mobile court led by Samrat Hossain, assistant commissioner (AC), sentenced them to 30 days jail and sent to prison.

Shahidul Islam, officer-in-charge (OC) of Sunamganj Sadar Model Police Station, confirmed the matter, adding that they will be sent to district jail today.