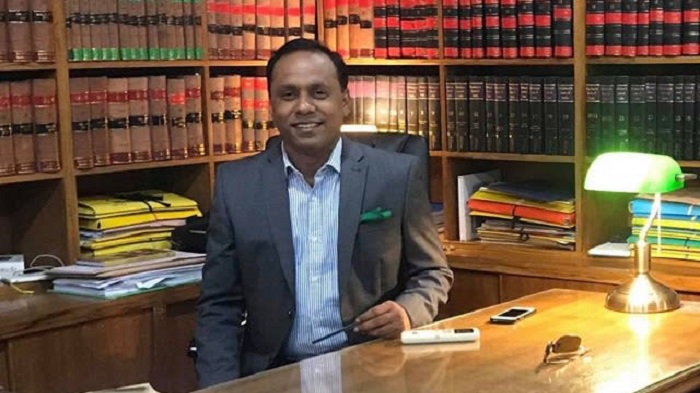 Police detained Barrister Kaiser Kamal, a lawyer of BNP Chairperson Khaleda Zia, over an alleged extramarital affair with the wife of his junior lawyer Atiqur Rahman on Wednesday.

Confirming this to media, Inspector (Investigation) of Kalabagan Police Station Asaduzzaman said, “Kaiser Kamal was arrested near the Square Hospital in the capital’s Panthapath area on Wednesday night.”

Earlier in the evening, Barrister Atiqur Rahman spotted his wife entering lawyer Kaiser’s car and locked into an altercation with him over the matter in front of the Square Hospital.

At one stage, police reached the spot and took Kaiser to their custody for interrogation after an enthusiastic mob gathered around them hearing the altercation.

Later, Barrister Kaiser, law affairs secretary of BNP and joint convener of Bangladesh Jatiyatabadi Lawyers Forum, was shown arrested as Atiqur lodged a case against him bringing allegation of deceit under section 420 of the Penal Code.

According to case statement, Atiqur alleged that Kaiser was having an affair with his wife since February 1 of 2018.