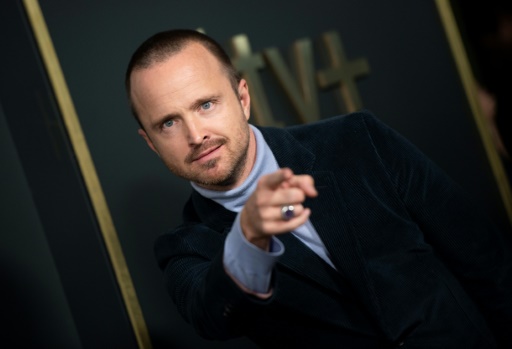 True-crime podcasts have become an obsession of armchair detectives around the world. Millions of wannabe sleuths “solve” real-life murders as they listen during morning commutes.

But what toll do these hit shows take on the families and victims of crimes long considered closed by police and the courts? And what credentials — or motivations — do the podcasters have to reopen their cases?

“Truth Be Told,” a new fictional drama from Apple TV+ out this Friday, explores this modern morbid fascination through the eyes of journalist Poppy Parnell, played by Oscar-winning actress Octavia Spencer (2011’s “The Help”).

Parnell re-examines the case of Warren Cave, a teenager convicted of murder, after new evidence comes to light years later. She broadcasts her findings on a popular podcast.

But we quickly learn that Parnell made her name as a young black reporter by helping to incriminate Cave — and decides to revisit his plight even though he has joined a neo-Nazi gang in prison.

“She’s flawed in a lot of ways. But she thinks that she might have wronged him and she looks into it,” explains Spencer.

Aaron Paul, who plays Cave, says his swastika-tattooed character forces Parnell — and viewers — to recognize that “not everything is as black and white as it may seem.”

“Does he believe what he’s preaching? Or is he just saying this to stay safe?” said Paul, who played a man imprisoned by neo-Nazis in “Breaking Bad.”

Despite its clear similarities to actual true-crime podcasts such as “Serial”, “Truth Be Told” is based on a novel, “Are You Sleeping?” by Kathleen Barber.

Show creator Nichelle Tramble Spellman (“The Good Wife”, “Justified”) said she wanted to emphasize the problem with relying on a podcaster’s point of view when forming opinions on real cases.

“There’s a kind of wild wild west danger to that kind of journalism,” she said, noting that podcasting is often an area “where there are no checks and balances, and there are no bosses.”

“The podcast is kind of an unreliable narrator because we don’t know Poppy’s agenda,” added Spellman. “And we don’t know when and if we can believe her.”

As this and further secrets emerge over eight episodes, doubts about Parnell’s podcasts grow.

“I think truth is shaped sadly by whatever lens you view the world,” said Spencer.

Actors Spencer and Paul both told AFP at a Beverly Hills press day that they enjoy true-crime shows — in particular “Serial,” one of the most downloaded podcasts of all time.

Like millions of other listeners, they each have pet theories about the smash hit, in which real-life US journalist Sarah Koenig investigated — and appeared to strike up a rapport with — a convict who was jailed as a teenager for murder.

Spencer detects elements of narcissism in Adnan Syed, the charming real-life convict of “Serial” fame, while Paul admits he wondered if the podcaster developed romantic feelings for her subject.

But both also acknowledge the harm that can be caused by wild speculation, and taking the presented “facts” of true-crime podcasts at face value.

“As the audience we get to participate in a weird way… you don’t have to suffer any of the ramifications that sadly the family or the victims endure,” admitted Spencer.

She added: “I don’t like to use the word ‘fan’ because it romanticizes, in a weird way, true crime. But I am deeply fascinated by it.”