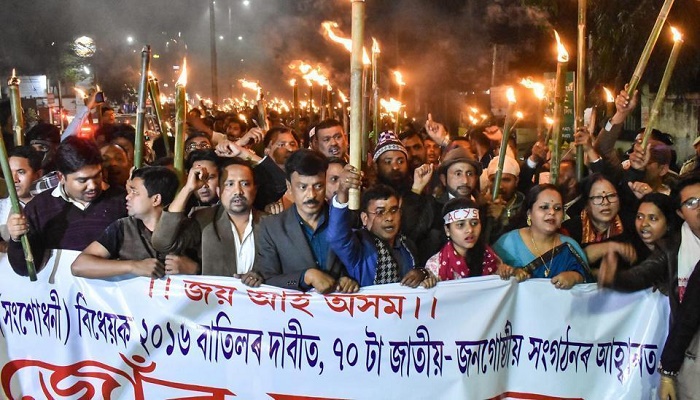 The Union Cabinet of India has cleared the Citizenship Amendment Bill (CAB) that seeks to grant citizenship to non-Muslim refugees from Pakistan, Bangladesh and Afghanistan if they faced religious persecution there, reports Hindustan Times.

Information and broadcasting minister Prakash Javadekar made the announcement on Wednesday after the cabinet meeting chaired by Prime Minister Narendra Modi.

A bill to amend the Citizenship Act, 1955,will now be introduced in the Parliament in the current session.

The CAB was among the electoral promises of the Bharatiya Janata Party (BJP) in the 2014 and 2019 Lok Sabha elections. The BJP-led National Democratic Alliance (NDA) government at the Centre argues that CAB is necessary to help members of the minority communities who may be facing religious persecution.

Congress, Trinamool Congress, Samajwadi Party and the Left are among parties which have opposed the Bill. The CAB is expected to be passed in the Lok Sabha but may find it tough in the Rajya Sabha where the NDA is in a minority.