Gains and Pains of Political Reforms and Cleansing Operation 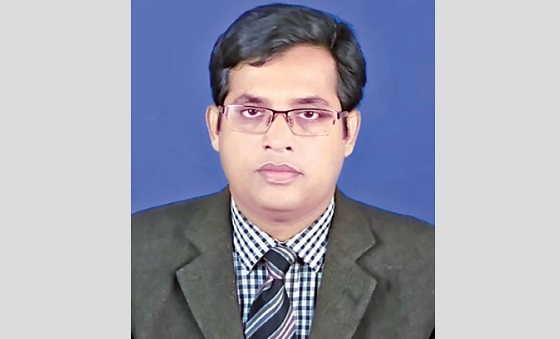 The political environment of the country is passing through different ups and downs for the last couple of months. The process started through the AL chief's bold decision to take strong action against her party men who remained involved in Casino business. Along with detainment of the Casino dealers, the scope of operation extended to other areas as well. Meanwhile, the Anti-Corruption Commission has started playing an active role after the commencement of the cleansing operation which also indicates the government’s assenting mentality towards bringing a qualitative change in the governance of the country.

After a few weeks from the commencement of cleansing operation, Prime Minister fervently expressed her commitment to carry reforms in AL by placing the dedicated leaders into the mainstream of leadership. Even, the party general secretary while briefing the media clearly stated that the MP and Ministers would not be able to retain any party position at the Upazila level. This is certainly a promising decision in the context of the political environment of Bangladesh. In the last few weeks, we have seen that leaders with a clean image and dedication have been chosen for the highest positions of AL’s associate organizations. Most importantly, we have seen some new faces in the important positions of the ruling party’s Dhaka North and South committee. No high profile leaders or MP could manage to conquer the post of president and secretary of these important units of the party. From media sources, it has been learnt that those have been chosen for these positions have come from political families with strong dedication towards the party and clean image. Thus, this is certainly a qualitative change in the political feature of the country. We have observed the same trend in case of most of the district-level councils where leaders with a clean image have been chosen for the top party positions.

Although this is a very praiseworthy initiative of the AL premier, it is also a matter of great concern for her. Our previous experiences suggest that when any political party tried to bring qualitative changes within the party as well as tried to implement actions against corruption, they faced a strong resentment from their own party. Now a pertinent question is: why does this happen? The possible answer is that those leaders have allegations of corruption try their best to resist the cleansing operation to save them from punishment. Likewise, the aspirants for different important positions of the party at different levels, once denied, try to hamper the smooth progression of the party activities in order to make their presence felt. Thus, the government should remain cautious about the activities of these groups of leaders. It is well known that those who get involved in corruption do not have any political ideology. They always try to preserve their own interest even at the cost of the party’s interest. This may put the government in a precarious situation which we have already started sensing through the hike of price of onions as well as resistance from the workers of the transportation sector. Despite different initiatives, the government has failed to control the hike of onion price. Unfortunately, we do not see any shortage of onions in the market but the price is beyond our reach. On the other hand, the government had to step back from the implementation of a new transportation act only because of the resistance from some of the ruling party leaders and their associates who are also the leaders of the transportation sector.

The party would gain another impetus if they could manage to keep the MPs and Ministers away from holding the top leadership positions at the district as well as central level. We have seen Prime Minister indicating that the ministers would not be considered for the party’s central leadership which is really an affirmative move. The principle of successful democracy requires a sharp distinction between the government and the party. If these two gets mingled, the party suffers a lot as the central leadership remains busy in discharging responsibilities as part of the government. Thus, they find no time to work for the party. The central leadership should stick to their decision to keep them away from holding two positions. If this could happen, the party would get an opportunity to utilize the talents of many leaders at the districts and central level for strengthening the organizational capacity of the party. Once the MPs and Ministers occupy different party positions, they get involved in different types of conflict with those who have not been chosen for those positions. At the end of the day, the ultimate sufferer is the party and its supporters.

Hence, the AL government is going to face a serious challenge in dealing with pressure from within the party as well as from the opposition who are trying to create mayhem in the country. We have already seen the BNP general secretary Mirza Fakhrul Islam Alamgir to state that they would not apply for any permission from the police to organize any procession or public meeting after being denied the permission to organize a meeting last week. He has warned the government by saying that they would organize meetings and processions whenever they would require to do it which has been reflected through the procession in front of Supreme Court a few days ago where they got involved in the clash with the law enforcing agencies. Even the party’s central leadership has been saying in different programmes that ‘the farewell bell for the government has begun to toll”. They are using this strategy to motivate their party supporters so that they come on the street in support of their movement for Begun Khaleda Zia’s release from the jail. Even they have set an ultimatum for the release of Begum Zia which is 5th of December. They have threatened the government by saying that if they fail to get a bell for Khaleda Zia from the court they would organize one point movement which is the release of Begum Khaleda Zia.

Therefore, the political environment of the country appears precarious. The government has started to face the challenge in different sectors. In order to deal with these issues, the government should take every step after thorough analysis. Any improper step could bring further catastrophe for them. One positive thing is that the cleansing operation, as well as reforms within the party, has been appreciated by the majority of the countrymen along with the dedicated supporters of the party. On the other hand, the opposition, BNP, has not yet been successful in organizing their supporters on the street for any movement. But, the government should not remain cheerful as the conspiracy within the party may bring a more devastating effect than any conspiracy by the opposition. Finally, it is our expectation that the daughter of Bangabandhu would show adequate maturity, which she has earned over the period of time, in dealing with these problems and save the party and country from further upheaval.

Pranab Kumar Panday, PhD is a Professor of Public Administration and an Additional Director of the  Institutional Quality Assurance Cell (IQAC) at the University of Rajshahi.