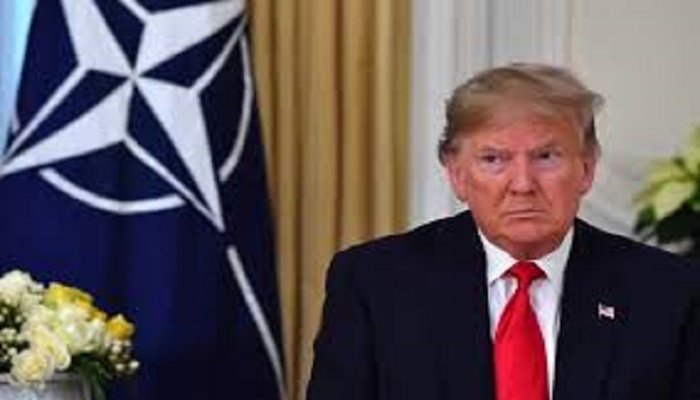 US President Donald Trump will huddle with NATO leaders as House Democrats resume their impeachment inquiry probing whether he abused his presidential authority by urging a foreign leader to open an investigation of his political rival, reports AP.

More significantly, Trump will face one of the most critical split-screen moments of his presidency near the end of the NATO conference, when he addresses the news media soon after Rep. Jerrold Nadler, D-NY, gavels to order the House Judiciary Committee's first hearing in the impeachment inquiry.

The hearing will be on the constitutional grounds for presidential impeachment.

Democrats argue that Trump acted improperly when he pressed Ukraine President Volodymyr Zelenskiy to open an investigation of former Vice President Joe Biden and his son's dealings in the eastern European nation. The vice president's son, Hunter Biden, sat on the board of a Ukrainian energy company.

The US president bantered with reporters for more than two hours Tuesday, sitting casually in a salon of Winfield House, the manicured estate of the US ambassador to the United Kingdom, where he also met with fellow NATO leaders.

Trump later paid a call on Prince Charles and his wife, Camilla, and attended a NATO welcome reception at Buckingham Palace, before proceeding to an event at the prime minister's residence, No. 10 Downing St.