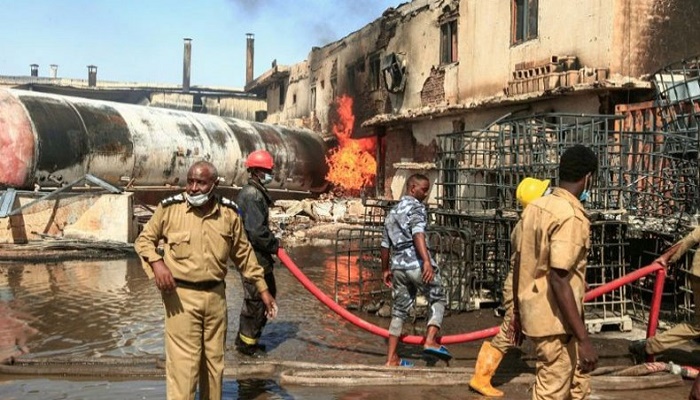 Twenty-three people were killed and more than 130 injured when a fire broke out after a gas tanker exploded while unloading at a ceramics factory in the Sudanese capital Khartoum on Tuesday, the government said, reports India Today.

The blast at a factory in a northern suburb was so powerful it blew the tanker into a nearby lot, according to witnesses and a senior civil defense official.

The fire completely destroyed the factory, a government statement said.

The government called on citizens to donate blood to treat the wounded.

"Preliminary observations indicate a lack of necessary safety measures and equipment at the factory, in addition to random storage of flammable materials," the government statement said.

The casualties included employees of various nationalities, among them some from Asian countries, medical sources said.

Those injured were transferred to hospitals in the capital. Some were in critical condition, a local police chief said.