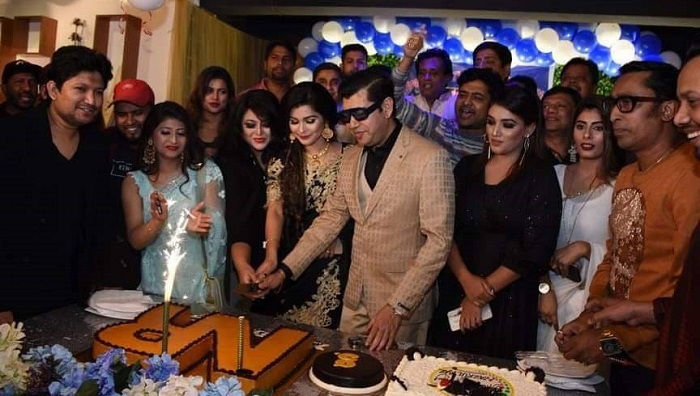 Sunday was the birthday of actor-producer Nazrul Raaz. To mark the day the actor arranged a party at a restaurant in the capital’s Banani area.