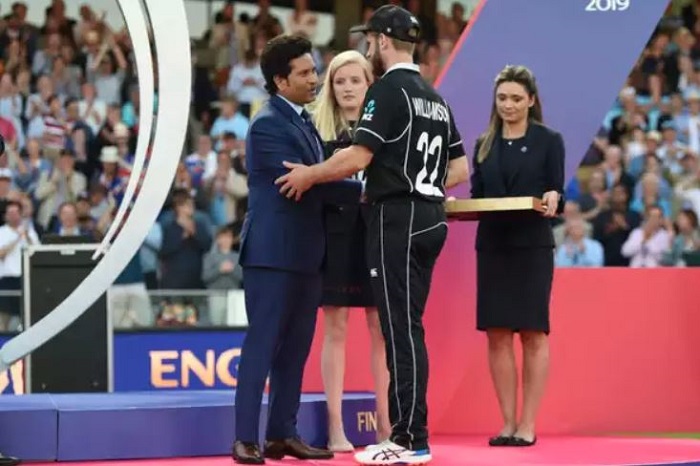 The New Zealand men's cricket team has been awarded ICC's Spirit of Cricket award for their "sporting conduct" after the 2019 World Cup final.

The trophy named in memory of BBC broadcaster Christopher Martin-Jenkins is awarded to the team/player most notable for "upholding the 'Spirit of the Game', involving respect for opponents, their own captain and team, the role of the umpires and the game's traditional values.

Kane Williamson's side were tied on scores with England after the regular 50-overs and again after a Super Over tiebreaker but had to concede the title in dramatic circumstances on account of having hit fewer boundaries. The iconic final was also shrouded by a questionable on-field call of awarding an additional overthrow run despite the two batsmen not having crossed at the time of release by the fielder. New Zealand neither protested vociferously nor led any appeals in the aftermath and Williamson and his team were universally lauded for their grace and humility.

"The New Zealand team are worthy winners of this award. In the heat of battle, they displayed a level of sportsmanship that was fitting for such a fantastic final, and indeed tournament," MCC president Kumar Sangakkara said. "It is a testament to their squad that even after a match that will live long in the memory for the cricket that was played, we are still talking about the Spirit of Cricket. Their actions deserve this recognition."

The new trophy, instituted by the Marylebone Cricket Club in 2013, was handed to Williamson during the just-concluded Hamilton Test against England.