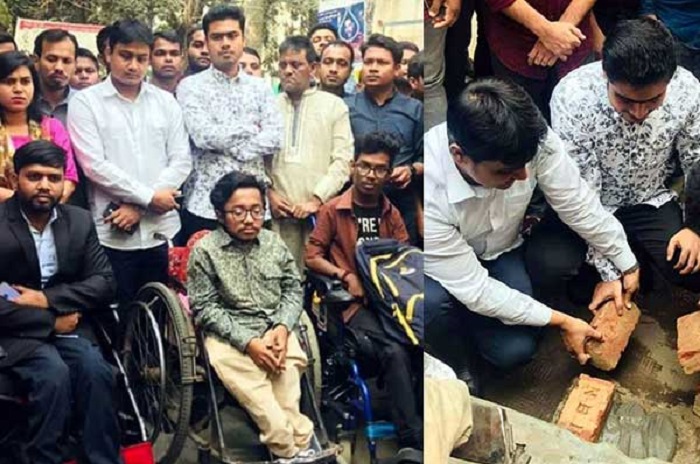 Bangladesh Chhatra League (BCL), the student wing of Awami League, has built a ramp in front of the Madhur Canteen on Dhaka University campus for the physically challenged students of the university.

The ramp was constructed at the main entrance of the Madhur Canteen marking the International Day of Persons with Disabilities 2019 on Tuesday (December 3).

Some physically challenged student of the DU, including DUCSU member Joshiah Sangma, also known as Chibal Sangma, were present during the ceremony.