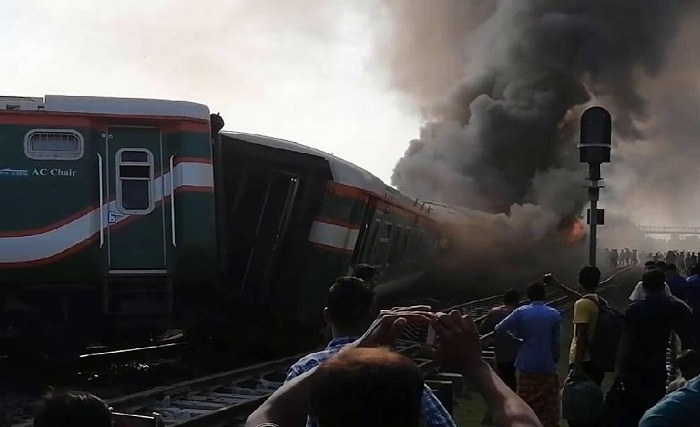 At least 432 people, including 67 women and 72 children, were killed and 882 others injured in 386 road, railway and shipping accidents across the country in November, says Shipping and Communication Reporters Forum (SCRF).

Besides, at least 38 people remained missing in the waterway accidents, according to an SCRF report published on Tuesday.

A total of 314 road accidents occurred in November where 342 people, including 53 women and 62 children, lost their lives and 725 others received injuries, the SCRF president Ashis Kumar Dey said.

Besides, 68 people were killed and 122 others injured in 54 accidents in railways at the same time. Among the deceased, 14 were women and nine children, as per the journalist platform.

Meanwhile, another 22 people, including a child, lost their lives, 35 others were injured and 38 remained missing in 18 accidents on river routes across the country in November.