Jofra Archer will learn a huge amount from the series: Root 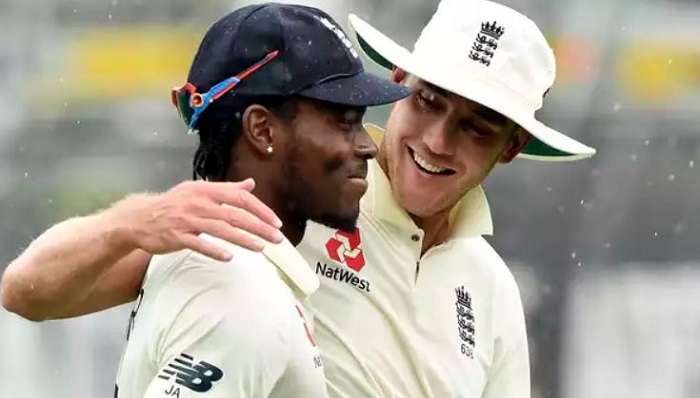 Archer claimed just two wickets in three innings in New Zealand as he struggled to come to terms with the Kookaburra ball and two extremely flat pitches.

After a barnstorming introduction to international cricket during the home summer, this series has been the first real setback of Archer's England career. Throughout the two Tests, his speeds were generally down on those he produced during the Ashes series and after the first match at Bay Oval, Root said there were times when the 24 year-old needed to "unleash" a little more.

"I think he'll learn a huge amount from this, I really do," Root said after the second Test in Hamilton. "He's obviously an extremely exciting talent and he's got so much to offer Test cricket and this team and I'm sure it won't be long till we see him tear it up again.

"I think he's found out there are a number of ways you've got to be able to operate and you've got to show real resilience sometimes when it does get quite flat and keep putting in time and time again, which he did.

I'm sure he'll learn very quickly and I'm pretty confident we'll get the best out of him soon."

Archer would have had more joy on the final day of the series had Joe Denly not dropped a sitter off New Zealand captain Kane Williamson at midwicket after Archer had deceived the batsman by bowling the delivery without using his front arm. The drop rather summed up Archer's tour but also hinted at the sort of skilful variation he has at his disposal and which England's bowlers need more of in their quest to take 20 wickets.

"He showed a great amount of variety in trying to take wickets and produce an opportunity," Root said. "Bowling with no front arm, bowling his knuckle balls, a couple of leg-cutters and a quick bouncer every now and again to change the pace. It shows he's got all the skills that are there, it's now just putting it all together. I'm sure he'll learn very quickly and I'm pretty confident we'll get the best out of him soon."

Overall, the series defeat was a disappointment for England who were decidedly poor in the first Test but improved in the second. There were several positives on the batting front with Rory Burns and Ollie Pope performing well in Hamilton alongside Root, whose double hundred at Seddon Park was an emphatic return to form. With four cheap wickets, all-rounder Chris Woakes' return to the side was successful too. But despite useful performances, this was yet another defeat for England away from home. They have won just two of their last 12 overseas Test series.

"I think we learned a lot about the group," Root told Sky Sports. "Obviously the ideal scenario is perform extremely well, and come away with a 2-0 series win, so it's not worked out how we would have liked, but [for South Africa] we've now seen what it can be like if the surfaces do get like this with the Kookaburra ball. And like we did at Mount Maunganui, we have to learn very quickly and take that forward into those four games.

"You've got to learn from the opposition as well. You look at someone like Neil Wagner - he's got a big heart, a big engine, and keeps running. And that's what you want, you want guys who, time and time again, want to be putting themselves in that position, to keep wanting to create chances and keep trying to change the game."

England's thoughts now turn to a four Test rubber in South Africa which begins at Centurion on Boxing Day. The squad for that series is expected to be announced next week and there are a number of players with claims to return to the squad. Fast-bowlers James Anderson and Mark Wood are back to full fitness while Jonny Bairstow will also be considered for a recall. All three are currently in South Africa at a training camp. Moeen Ali is another who was not in New Zealand after taking a break from the Test game although it remains to be seen whether he is yet ready to return to red-ball duty.