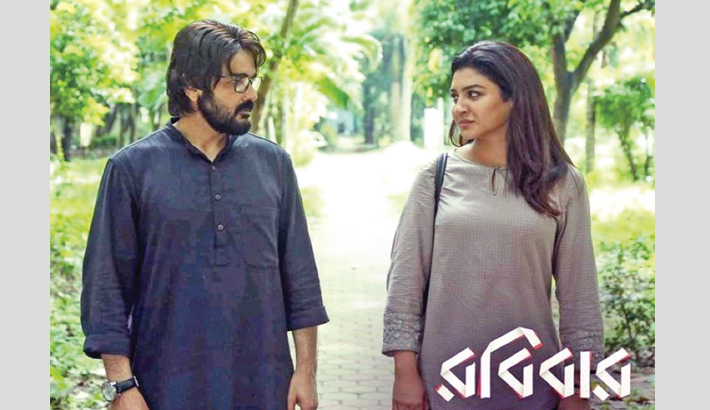 What happens when two lovers cross path after 15 years? Do they squabble? Do they make peace? Or, does destiny have some other plans altogether?

If one looks at the trailer of National Award-winning Indian filmmaker Atanu Ghosh’s upcoming film, Robibaar, that released on YouTube on November 30, chances are that you will be confused about its genre. You cannot tell for sure if it’s a thriller or a love story in the garb of a thriller, reports Indian Express.

Starring Bangladeshi actor Jaya Ahsan and Kolkata’s superstar Prosenjit Chatterjee, this movie is yet another gripping tale of love from the sensitive filmmaker, known for his unique storytelling pattern that always is accompanied by an element of mystery. This plot which takes place in one day revolves around Asimava and Sayoni played by Prosenjit and Jaya respectively, who were in a relationship once and crossed paths after 15 years.

For both Jaya and Prosenjit, Robibaar is the second film that they are doing with Atanu.  Though Bini Sutoy, starring Ritwick Chakraborty and Jaya is slated for a 2020 release, Mayurakhsi that had Prosenjit and Soumitra Chatterjee in the lead, released in 2017 and earned Atanu a National Award for the best feature film in Bengali.

Robibaar is slated for release on December 27.