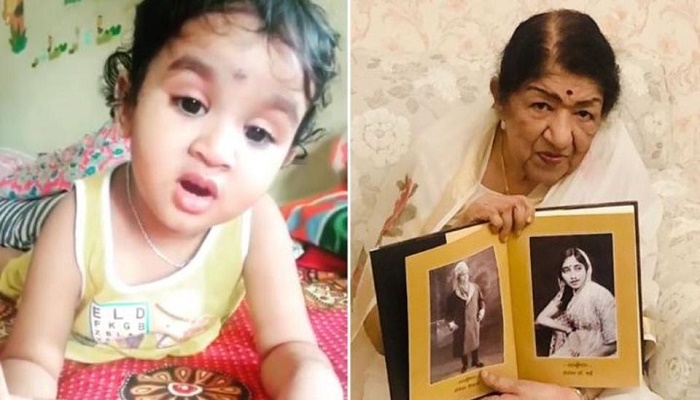 Bollywood legend singer Lata Mangeshkar has many iconic songs to her credit, one of them being ‘Lag Ja Gale...’ from the 1964 movie Woh Kaun Thi, reports Hindustan Times.

The song is back in public memory, thanks to an amazing rendition by a young girl, not more than three years old.

A viral clip online shows a girl lying on the bed and trying to sing lines from the hit song.

The song, which starred Sadhana and Manoj Kumar, was composed by Madan Mohan and was written by Raja Mehdi Ali Khan, who is also known for his compositions for films like Mera Saaya (1966) and Shaheed (1948).

In early November, Lata Mangeshkar was rushed to a Mumbai hospital after she complained of chest pain.

The 90 year old was admitted to the Intensive Care Unit (ICU).

Though the veteran singer stays away from limelight these days, she was in news when she had made a comment on internet’s singing sensation, Ranu Mondal. When asked about Ranu, while Lata had expressed her happiness, she had reservations too.