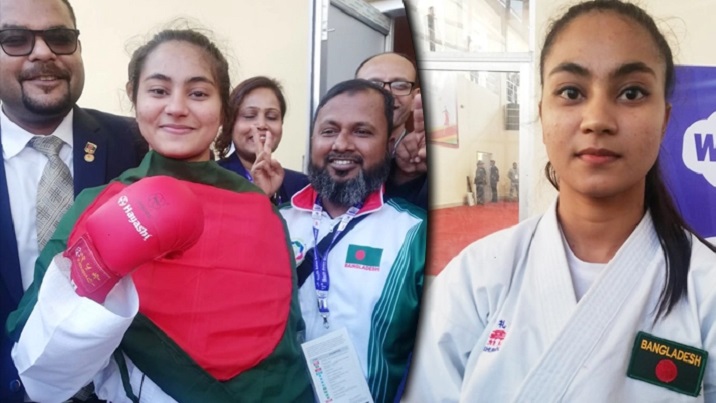 This is the best day for Bangladesh with three gold medals making the tally to four so far in this year’s SA games.

Bangladesh clinched one gold and twelve bronze medals on Monday. However, they failed to manage a good start in Men’s football as they lost to Bhutan 0-1 in the opening game.