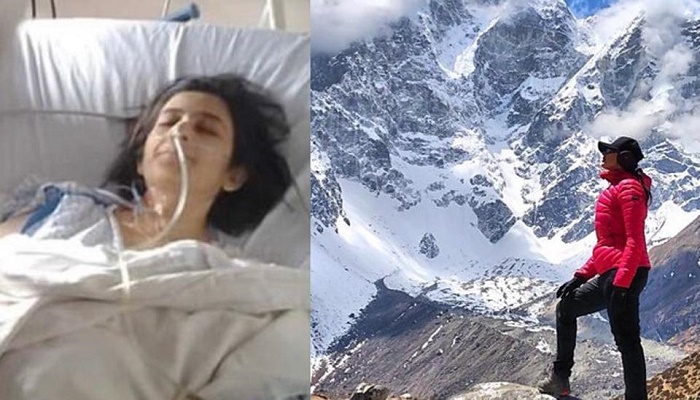 Bollywood actress Manisha Koirala won the battle with ovarian cancer in 2014 and she is “forever grateful” for it. She took to Twitter to share a collage of a picture during her cancer treatment and another picture of herself enjoying the fresh mountain breeze, reports Hindustan Times.

“Forever greatful for second chance to life...gm friends.. this is an amazing life and a chance to live a happy & healthy one,” she wrote.

Her tweet has received thousands of likes and retweets on the microblogging site.

In an interview given to Hindustan Times last year, Manisha opened up about the uncertainty she went through when she was diagnosed with cancer. “You do not know if that long treatment, of a minimum of six months, will get you out of the tunnel, and you’ll be fine and healed,” she said, adding that this feeling of unpredictability changes people.

The actor said that she appreciates life more, having returned from the jaws of death. “When I came out at the other end, I literally started seeing joy in small things like walking on the grass, the breeze on my face, looking out of my bed at the sky and clouds, sunsets and sunrises.”

“I really believe we need to remember all the lessons of life, otherwise we might go back to being complacent, being ungrateful; basically, go back to where we were before,” she added.

Manisha made her Bollywood debut with Subhash Ghai’s Saudagar in 1991. She was last seen on the big screen alongside Sanjay Dutt, Jackie Shroff, Chunky Pandey, Ali Fazal and Satyajeet Dubey in Deva Katta’s political drama Prassthanam (2019).