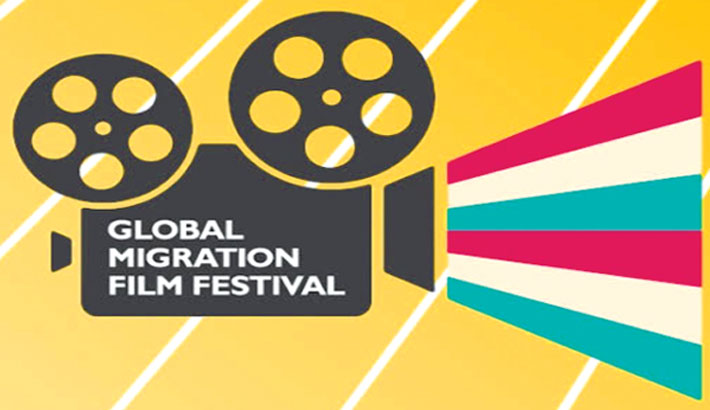 The festival will feature 15 films that capture the promise and challenges of migration, and the unique contributions that migrants make to their new communities.

It will start at 9am and end at 9pm that will also include two sessions where related stakeholders will join a talk with the audience, said the International Organization for Migration (IOM) on Saturday. The festival is open to all.

IOM Bangladesh with the support of the European Union in association with Dhaka University Film Society is hosting the Global Migration Film Festival (GMFF).

The films will show different facets of life, which can in turn help viewers to cultivate deeper empathy for migrants and a better understanding of their realities, needs, perspectives, and capacities.

The objective of the GMFF is to use films as educational tools that influence perceptions of and attitudes towards migrants, by bringing attention to social issues and creating safe spaces for respectful debate and interaction.

Moreover, the festival will pave the way for greater discussion around one of the greatest phenomena of our time.

Policymakers, government representatives, students, academicians, researchers, prominent filmmakers, prominent actors and actresses, development partners, UN agencies will join the event. There will be an interactive inaugural session and closing session. Films have the power to show different facets of life, which can in turn help viewers to cultivate deeper empathy for migrants and a better understanding of their realities, needs, perspectives, and capacities.

Over the years, films have been used to inform, entertain, educate and provoke debate.

It is in this spirit that IOM, the UN Migration Agency, launched the Global Migration Film Festival (GMFF) in 2016.

This year, over 600 films have been submitted for acceptance by the Festival. Prominent and award-winning filmmakers and visual artists as a jury board have selected 30 films to screen in 100 countries around the world. Fifteen films will be screened in Dhaka.