Government to issue registration of online news portals from next week 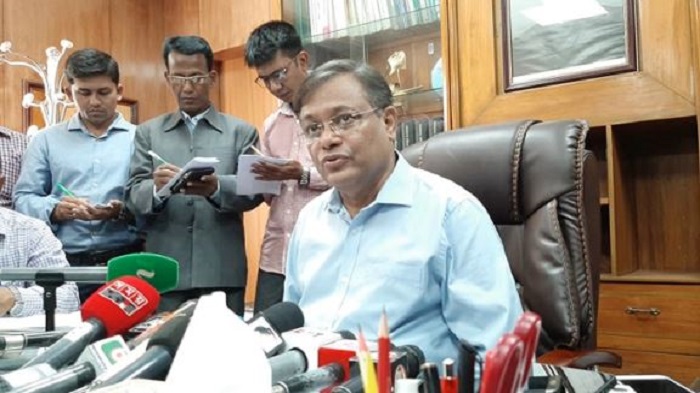 Information Minister Dr Hasan Mahmud on Monday said the government will start issuing registration for online news portals of the country from next week.

He revealed the information at a press conference on contemporary issues at his secretariat office.

The minister said, “The process will continue for some days because it is not easy task to investigate about 3,500 news portals.”

Several meetings were held with the Home, Telecom and ICT Ministries and later the Home Ministry was requested to investigate as soon as possible as the registration process could be started soon, he said.

“The Home Ministry informed us that they have completed investigation over several hundred news portals,” said Hasan Mahmud adding that it will take more time to end the process.

Steps will be taken against unauthorised online news portals after the end of registration process, he said.

If anyone wants to open an online news portal in future, he has to follow some procedure, said the Minister.