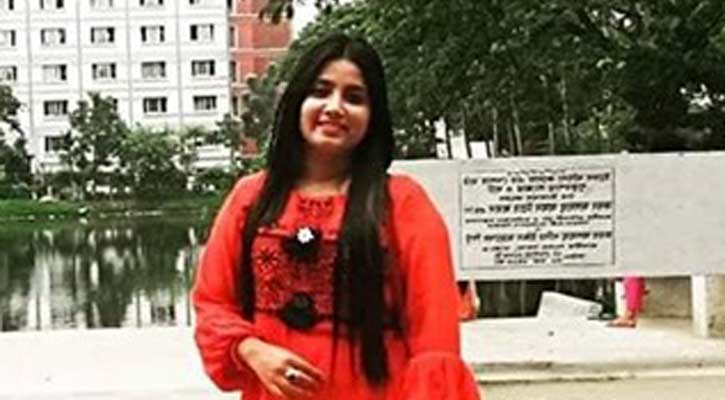 A student of Eden Mahila College, who was injured in a road accident in the capital on Saturday morning, succumbed to her injuries at the Intensive Care Unit (ICU) of the Dhaka Medical College and Hospital (DMCH) on early Monday.

The deceased was identified as Aklima Akter Jui, 25, daughter of Abul Kalam, hailing from Sundarpur village of Chatkhil upazila in Noakhali.

She completed her Masters from the department of Political Science in the College.

Md Masud, brother-in-law of the deceased, said on Saturday morning that Jui fell down from a motorcycle and suffered injuries at her head while she was going to Farmgate by a UBER motorbike.

Later, the driver of the UBER rescued her and took her to DMCH. Doctor of the hospital referred her to ICU as her condition deteriorated. She breathed her last at 6:00 am while undergoing treatment.

Confirming the news, in-charge Abdul Khan of DMCH Police Outpost said that the body has been kept at the hospital morgue.