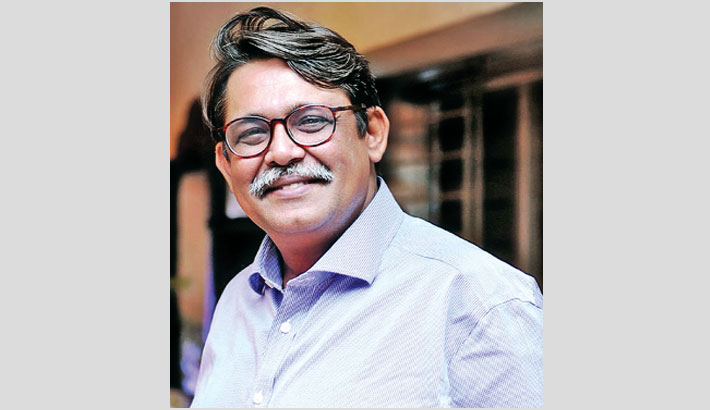 December is a month of glory, pride and our victory in a long nine-month bloody war of independence. On 02 December 1997 yet another victory was won to end a conflict in our south-eastern Chittagong Hill Districts with the signing of a comprehensive Peace Treaty.

After 22 years of signing the pact, total peace has been elusive due to mainly two reasons.

As a journalist this author knew efforts were underway to deal with the insurgency that saw the deaths of a large number of military personnel along with innocent Bengalis and many of the tribals, who were no party to the conflict.

Then on 01 December 1997 some in the media were alerted that a “very historic event” was likely to take place next day and the scribes must be ready for action any time on that day. Amid a complete secrecy, Prime Minister Sheikh Hasina, in her first term in office, has clinched a historic victory to stop attempts to separate the three hill districts of Bandarban, Rangamati and Khagrachari by the tribal insurgents and end meaningless bloodshed.

On this memorable 02 December 1997 journalists were welcomed into the Prime Minister’s Office for the signing ceremony. This author was among them and became witness to yet another victory after that month in 1971 when freedom fighters drove into Dhaka shouting “Joy Bangla.”

It is quite vivid in my mind that adrenaline flow was high as the final moment was delayed by several hours amid worries that something had gone wrong and the Peace Treaty might be put back for some time.

Then came relief. We were called in at the place where the Peace Treaty would be signed. Prime Minister Sheikh Hasina entered along with the

then Chief Whip Abul Hasnat Abdullah and Jyotindra Bodhopriya Larma or Shantu Larma of PCJSS. The two initialled the treaty amid applause with a smiling happy premier looking on.

The Chittagong Hill Tracts Peace Accord was signed between the government and the Parbatya Chattagram Jana Samhati Samiti (PCJSS).

A group of ethnic minority people, led by Prasit Bikash Khisa, formed the United People's Democratic Front (UPDF) in 1998 opposing the peace accord.

Indeed, it was such an achievement in her first term in office which saved Bangladesh from either losing the hill tracts or from becoming a restricted part of the country.

Then came the official surrender of weapons in Khagrachari by the insurgent groups at the hill town stadium. Sheikh Hasina flew into the area with claps from the huge crowd at the stadium. Former insurgents handed over their weapons to the prime minister one after the other as Shantu Larma looked on with approval.

That brought an end to a bloody insurgency which by any geo-political theory was absurd. The general view of the insurgents was to become “independent by becoming dependent on the two neighbouring countries --- India and Myanmar.”

Many from those areas found themselves to be more comfortable to be identified as Myanmarese and thus they would have without understanding becoming subservient citizens of two countries. They would have been independent in name only.

But within Bangladesh they were treated as equals with all rights given which the majority Bengalis enjoyed. This was further boosted by the 1997 peace treaty.

Those were the historic days that one could not forget, but would feel sad as the pact was yet to be “fully” implemented and the region was still gripped by unrest.

Let us look at the official statistics on how much of the pact has been implemented since 1997, with a sad break of any development between 2001 and 2006 under the Bangladesh Nationalist Party (BNP) and its ally the fundamentalist Jamaat-e-Islami.

The BNP-Jamaat made the hill tracts a safe haven for insurgent groups fighting for their causes inside Myanmar or India.

But this haven was totally made a hell for of the foreign insurgents after Prime Minister Sheikh Hasina came to power again in the 2008 elections.

The statistics show that 48 clauses of the Peace Treaty have so far been fully implemented, while 15 clauses partially implemented and only nine clauses are being  implemented. The process is being monitored by a special committee.

The difficulties were related to land matters and a continued arms race by different tribal groups fighting to impose their supremacy in the scenic area which drew huge number of foreign and domestic tourists.

Land matters have been delayed as there were disputes between the ethnic tribals and Bengali-speaking settlers from the plains.

The violence and sudden gun fights have pushed down the number of tourists in recent months linked to tribal groups --- for and against the peace treaty was sad. There was no hope for those against the pact and would only result in meaningless bloodshed.

It was time for all sides who have a stake in the hills to accept and work for total peace. A hills of peace and harmony would help change the lives of the ethnic people more than anybody else with government development projects picking up along with investments in tourism as well as different kinds of investments.

Let us welcome peace as who would want more bloodshed in the scenic hills?

The writer is the Consulting Editor of the Daily Sun