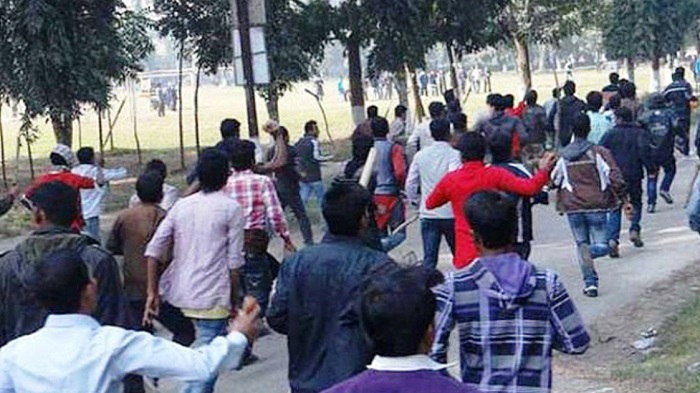 Following a factional clash on Sunday evening, a faction of Bangladesh Chhatra League’s Chittagong University unit declared an indefinite blockade programme on the campus from Monday, demanding arrest of their attackers.

The melee broke out between two factions -- CFC and VX -- on the campus in the evening after two leaders of CFC were reportedly hacked by their opponents.

They are identified as Abdullah Al Nahian Rafee and Suman Nasir.

Police rushed to the spot immediately and took the situation under control.

Rezaul Haque Rubel, president of BCL’s CU unit and leader of CFC faction, said they will stage an indefinite blockade programme from Monday morning if their attackers are not arrested.

Additional Superintendent of Chattogram Police (North) Moshiuddoula Reza said an adequate number of police have been deployed on the campus due to the ongoing tension among the students.

Earlier, at least 10 were injured as the factions engaged in clashes on November 28 and 29. To avoid further clash, police raided four residential halls of the university on November 30 and recovered some local weapons.