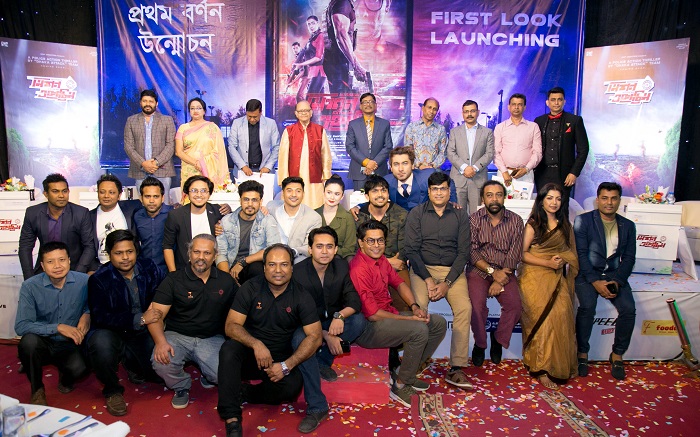 The first-look poster of much-hyped film ‘Mission Extreme’ has been unveiled at a gala event held at Bangladesh Film Development Corporation (BFDC) in the capital on Saturday.

The film will also be released during the Eid al-Fitr next, director of the film Sunny Sarwar said at the programme. 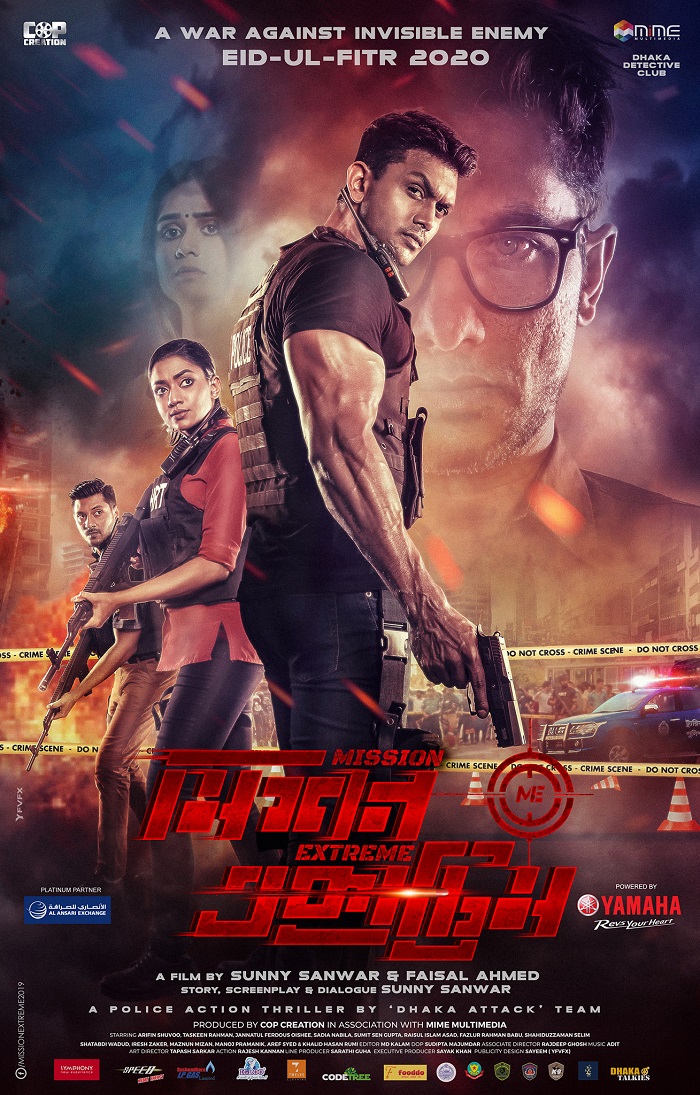 Jointly directed by Sunny Sarwar and Faisal Ahmed, the shooting of the film has already been completed.

Talking about the film, Sunny Sarwar said, “The shooting of the film has been completed and editing of the film is going on. And the film will be released on the occasion of Eid-ul-Fitr. This is a star-studded film. I hope audience will enjoy the film very much.”

Miss World Bangladesh 2018 Jannatul Ferdous Oishee will make her journey in the big screen through this film.

She is very excited about her debut film. She said, “Mission Extreme is my first film. I have no enough idea about film. Except me, all the casts of the film are experienced. I have tried my level best to work according to my character. My co-artistes also helped me very much. I believe the audience will accept my work positively.”

After success of Dhaka Attack (2017) on December 2018, Sunny Sarwar had announced about the making of Mission Extreme. It was also announced that Arifin Shuvoo would play as the protagonist of the film and the filming of the film would start from March 2019. In 2019 Taskeen Rahman, Jannatul Ferdous Oishee, ABM Sumon, Sadia Andalib Nabila and other actors and actress had attached to the film for acting. The filming of the movie has started from 20 March 2019.