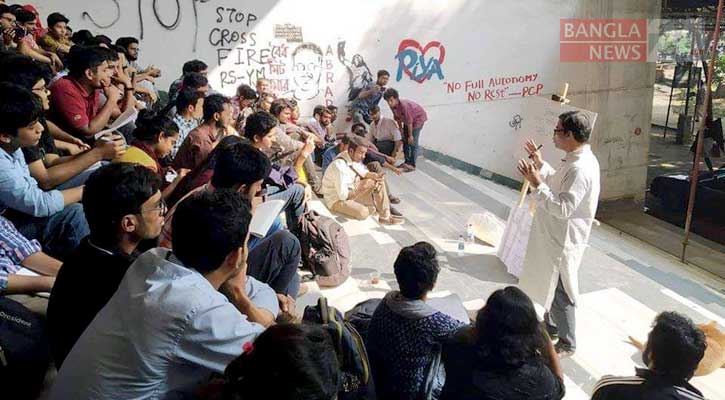 A teacher of Dhaka University's economics department, who was sent on forced leave in 2017, on Sunday took class on staircase of a faculty of the university as he was denied to enter any classroom.

Assistant professor Dr Rushad Faridi took the class at the staircase of faculty of social sciences where over a hundred students participated the class.

Talking about the matter, Faridi said the students proposed me to take the class on the staircase as no room was available for me.

“I will take the classes there regularly if students want”, he said.

Earlier, he staged a sit-in in front of the economics department chairman’s room demanding to be reinstated to his duties.

The image of the assistant professor, Rushad Faridi, holding a placard that reads “I am a teacher, let me go back to the classroom” went viral on social media platforms. 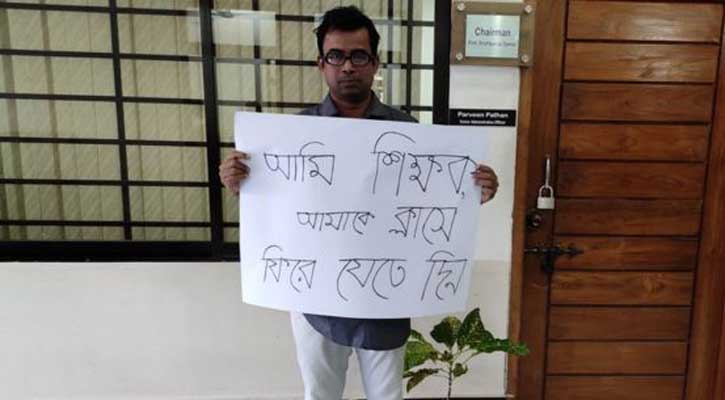 Faridi was sent into forced leave on July 13, 2017 following a syndicate meeting chaired by AAMS Arefin Siddique, the former vice-chancellor of the university. Even, he was not served any ‘show-cause” notice then.

The decision was taken after a number of teachers of his department refused to work with him. But reason behind the step against the teacher could not be known immediately.

On July 24, 2017 the High Court (HC) questioned the legality of the syndicate’s decision to send Rushad Faridi on forced leave.

On August 25 this year, a HC bench declared illegal the syndicate’s decision and ordered the university authorities to allow Rushad Faridi to join his office.