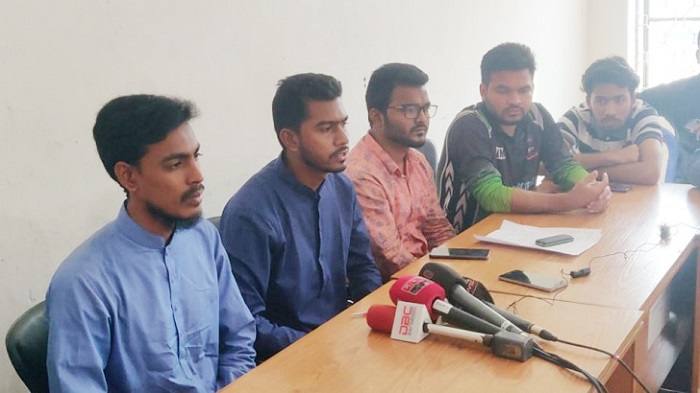 Terming AGS Saddam Hussain’s claim as a lie, vice-president (VP) of Dhaka University Central Students’ Union (DUCSU) Nurul Haque Nur on Sunday said a vested quarter is spreading propaganda as it is jealous of his popularity.

Nur came up with the remark after arranging a counter press conference at the DUCSU office on the Dhaka University (DU) campus.

Nur’s comment came a few hours after DUCSU assistant general secretary (AGS) Saddam Hossain, at a press conference, alleged that the VP was lobbying for a post in the central committee of Jatiyatabadi Chhatra Dal (JCD), the student wing of BNP.

Saddam, also the general secretary of Bangladesh Chhatra League’s (BCL) Dhaka University unit, also claimed that “Nur doesn’t give enough time on the campus as he is busy with the politics.”

The DUCSU VP said, “From the very beginning, they have been spreading propaganda on my affiliation with the JCD. Previously, they also spread such propaganda as they are jealous of my popularity.”

“The Identity of the vice-president is enough for me. I am a representative of common students. I don’t need the tags of the JCD or the Bangladesh Chhatra League (BCL),” he also said.

Nur also said, “His (AGS Saddam Hossain) physical condition is not okay yet. He has not recovered wholly. I think he is not mentally okay too. He should consult doctors.”