Cold tightens grip on most parts of J-K, Ladakh 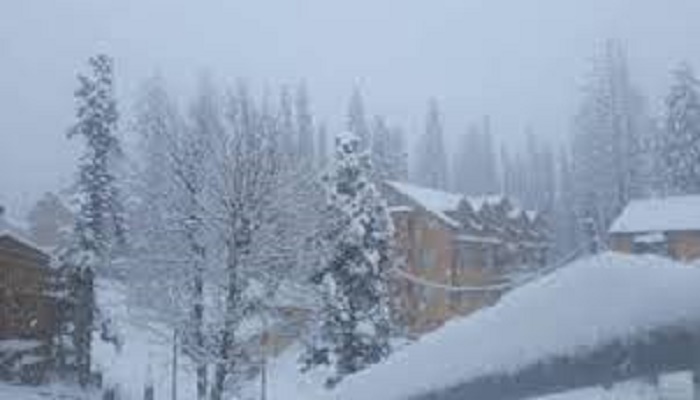 Night temperature across the two union territories of Jammu and Kashmir and Ladakh plummeted below the season's average on Sunday with Leh town recording the coldest night of the season at minus 13.2 degrees Celsius, the MET office said, reports PTI.

Srinagar and other places in Kashmir also recorded sub-zero temperature, while the minimum temperature in Jammu stayed over two notches below normal at 8.2 degrees Celsius, an official of the Meteorological Department said.

However, the early morning Sun provided relief to residents both in Kashmir and Jammu regions.

The famous ski resort of Gulmarg in north Kashmir, which experienced several feet of snowfall last week, was the coldest recorded place in the valley with a low of minus 8.0 degrees Celsius, the official said.

The minimum temperature in Srinagar was minus 0.9 degrees Celsius, he said.

Meanwhile, a traffic department official said efforts are on to restore the 434-km Srinagar-Leh National highway -- the only road linking Ladakh with Kashmir -- and Mughal road which connects the border districts of Poonch and Rajouri in Jammu region with south Kashmir Shopian district.