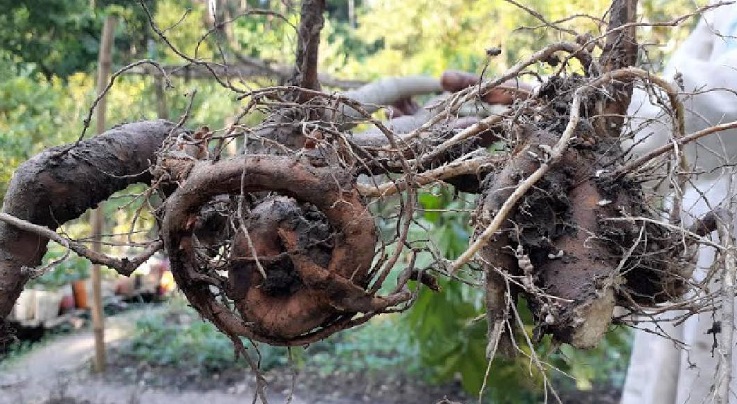 Cyclone ‘Bulbul’ left a trail of devastation when it hit Bangladesh last month but the impoverished people and trees in the coastal districts continue to bear the brunt.

Sources at the Forest department said 1,105 trees and 192,915 saplings, worth an estimated amount of Tk 1.10 crore, were damaged in the district alone during the cyclonic storm.

During visits to Bagerhat Sadar, Fakirhat, Chitalmari and Kachua upazilas, the UNB correspondent found thousands of trees – mainly Chambal, Sirish, Mehogani and rain trees – uprooted in the fury of ‘Bulbul’.

Forest experts said the weakness of the roots, species of trees, poor sapling quality and climate change were behind the excessive damage to trees and saplings.

Sheikh Ali Ahmed, Ward member of Lakpur union in Fakirhat upazila, said he counted a huge loss as four of his big trees were uprooted during the storm.

Siddiqur Rahman, president of the managing committee of Khajura Government Primary School, Fakirhat, said two big trees of the school were uprooted while another remained vulnerable.

Sudeb Biswas, a resident of Charbaniari village in Chitalmari upazila, said he planted saplings at his yard hoping to make some money but during cyclone ‘Bulbul’ four of his trees were uprooted and several others damaged.

Coiled roots grown in clay pots do not have the necessary strength to keep trees stable in storms, he said, suggesting that nursery owners should maintain roots suit ratio and the plants should be two to three feet high while the main root must not be cut.
Mohammad Mahmudul Hasan, DFO of the Sundarbans East Zone, suggested planting Jhau and Babla trees instead of Rain tree and Chambal in the coastal region.

Assistant Prof Mohammad Shah Alam Farazi of Botany Department of Bagerhat Government PC College, said: “The soil in Bagerhat has become salty due to climate change, and the tree roots are not going deep down enough and for that soil is losing its fertility.”
Prof Dr Mahmud Hossain of the Forestry and Wood Technology Discipline of Khulna University, said the roots of Shirish and Chambal trees get weak during storms because of their height and plenty of branches.

“In Bagerhat, the roots don’t go deep enough but spread parallel as the water level can be found near the topsoil layer,” he said.