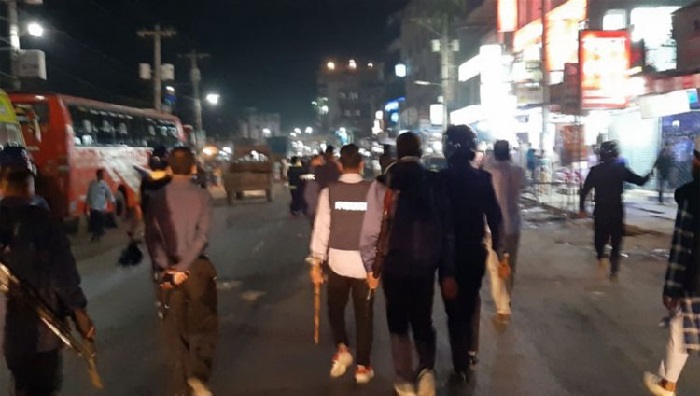 At least 10 activists of Hajiganj upazila unit of Bangladesh Chhatra League (BCL), including the unit’s president, were injured in a clash between two groups on Friday night.

Locals said the clash between supporters of upazila BCL’s general secretary and activists of Municipality BCL started at around 8:30pm over beating up of BCL’s upazila unit president Ebadur Rahman Khokon.

Cumilla-Chandpur road, Hajiganj-Ramganj road and Hajiganj to Gouripur road were blockaded for about an hour during the clash, they added.

Police later intervened and brought the situation under control, the ASP added.

He said the BCL activists vandalised some microbus and CNG-run auto rickshaws and broke the glass of Gausia Highway Hotel.