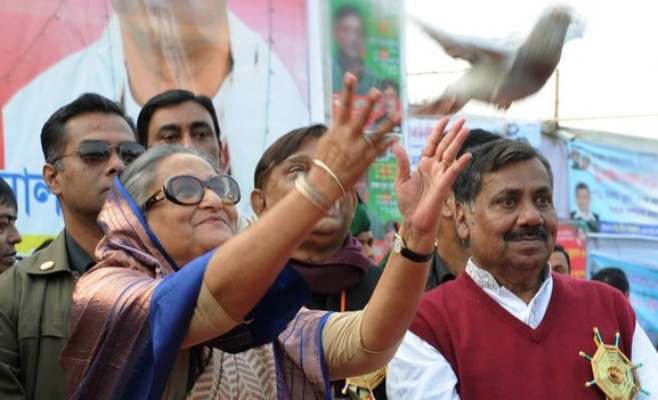 The council sessions of two chapters of Dhaka city Awami League will be held at historic Suhrawardy Udyan in the capital on Saturday.

Awami League President Sheikh Hasina is scheduled to inaugurate the first session of the council of two units at 11:00am.

The second session of the councils will be held in the early afternoon at the Institute of Engineers, Bangladesh to elect new leadership.

All preparations for the council sessions have already been completed. Suhrawardy Udyan is decorated for party workers, councillors, delegates and the entire venue is illuminated, decorated and displayed different portraits.

Marking the council session, a huge stage has been erected at Suhrawardy Udyan.

Besides, President of Dhaka South City AL Abul Hasnat is out of the race due to his physical condition, but general secretary Shahey Alam Murad is trying to retain his post.

Sources said it becomes a tradition of selecting Old Dhaka leader in one of the two top posts.

The last council of Awami League was held on December 27 in 2012, but the committee was announced on April 10 in 2016 after splitting into two units in 2015.