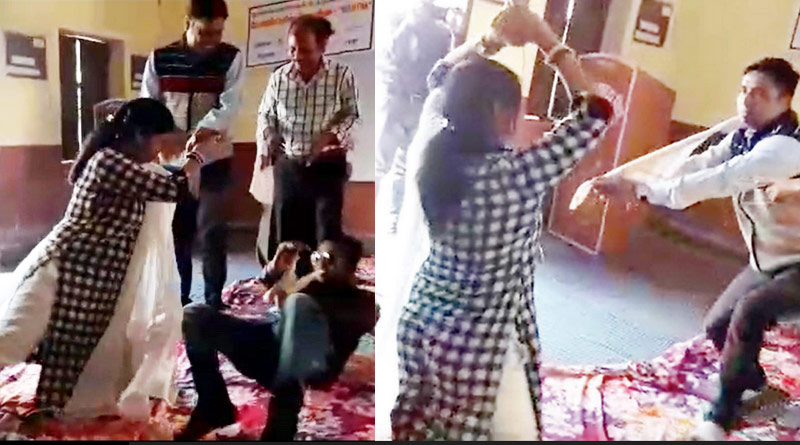 A schoolteacher in Rajasthan's Jalore district of India has been suspended and two other were issued show -cause notices for performing the ‘nagin’ or snake dance during a training session organised for the teachers, the Week reports.

The video showing the teachers dancing to the popular snake-charming tune went viral recently. Two male and a woman teacher are seen dancing and laughing as they perform the ‘nagin’ dance and others encouraged them. The incident took place last week.

After the video went viral, one of the teachers was suspended on Wednesday. An educational officer from Jalore told a leading daily that one teacher was suspended but two others were given only show-cause notices as they were new recruits and may not have been aware of the rules. “There is no harm in organising dance and playful activities, but a code of conduct should be maintained,” said Jalore district education officer Ashok Roeshwal.

A few teachers in the department, however, have raised their objections to the suspension of the teacher. They justified the teachers' action saying that the incident happened and was filmed during the break, and that there was nothing vulgar or harmful about it. “Can't a government employee have a good time with colleagues? This is not justified,” the teacher told the daily.