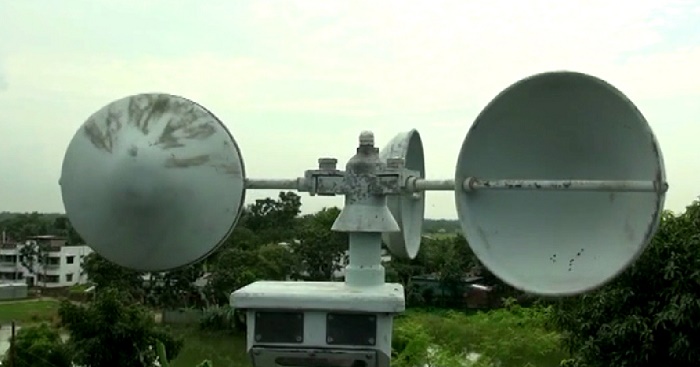 Although weather forecasting is crucial for the agriculture-dependent economy of the district, two balloon-makers are doing the job of observing weather as the five posts of weather observers have long lying vacant in the understaffed district Met Office.

Huge balloons are flown below the cloud level to predict weather conditions and balloon-makers fly those by filling them up with gas. These balloons are usually used in the divisional Met offices in the country for weather forecast.

Although the Faridpur Met Office is not a divisional one, it has two balloon-makers who have allegedly been drawing salary for the last five years without flying the balloons, alleged locals.

However, the Met Office claims that even though they are not flying balloons, they are not sitting idle and being paid for it. The balloon-makers are doing the job of observing the weather since the five posts of weather observers have been lying vacant.

There are three posts of the senior weather observers and two for weather assistants at the Faridpur Met office.

In order to make weather forecasts, the Faridpur district Met Office was set up under the Defence Ministry. Later, their own office was built over an acre of land in Chandmari area of the town in 1981.

But this important government office has been operating for the last 35 years in the age-old analog process and now lacks modern technology.

Officials said this weather office has a barometer to measure atmospheric pressure, sunshine recorder to know the duration of sunshine, a pyranometer to measure the intensity of sunlight, self-recording rain-gauge to measure rainfall and some other related instruments but all are old.

The instruments here used to measure humidity and weather index have become obsolete and they break down from time to time.

Even after repair, these instruments become unusable more often than not. It was found out that the main activity of Faridpur’s weather office is to make weather index and gather humidity information for weather forecast.

Surjul Amin, a professional assistant at the weather office, said no weather forecast is provided from this district-level office.

Emphasising the modernisation of the weather office, Atul Sarker, deputy commissioner of Faridpur, said it is important to take initiatives to transform this office into a high-quality observatory centre.

“Higher authorities have been informed in this regard so that people in this region involved in agriculture may have useful information as well as advance weather reports,” he added.