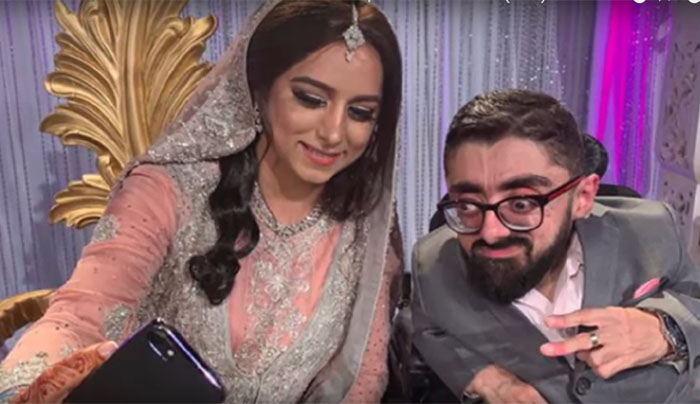 A video of a unique and spectacular wedding is becoming increasingly viral, people are surprised to see that the 2-foot groom has found a beautiful 6-foot bride like a fairy.

Burhan Chishti of Pakistan, whose height is two feet, was married to Fauzia, 6 feet tall. The most important thing is that this marriage is not an arranged marriage but a love marriage. The wedding took place in Oslo, the capital of Norway, in which people from 13 countries attended.

Chishti is fondly called Bobo. He is a polio patient and has lived in Oslo since childhood. Bobo also represents actor Salman Khan's Being Human campaign in Norway.

Burhan Chishti has also received the Most Inspirational Man Award in 2017. Fauzia hails from Punjab province of Pakistan. Bobo became a victim of polio in childhood. After this, he started to spend his life in a wheelchair, but he enjoys a lot in his life.

Whenever Burhan Chishti meets a celebrity, he does not miss sharing his picture on social media. He was pompously married in Norway's capital, Oslo. Here the video of her dance is becoming very viral.