Bangladesh not getting compensation for tackling climate change: TIB 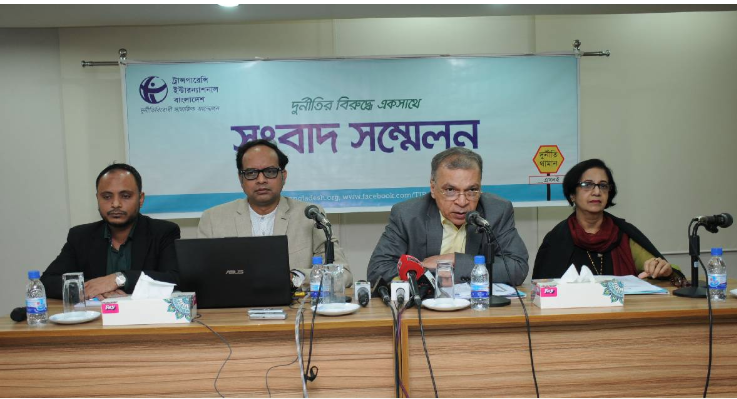 Mentioning that Bangladesh is not getting the compensation it needs to meet the climate risks under the Paris Agreement, Transparency International of Bangladesh (TIB) on Thursday demanded adequate and transparent financing by industrialised countries responsible for climate change.

“As the Paris Agreement doesn’t have a legal agreement on the issue, the international financial institutions (WB, ADB and IMF), along with the United States, are creating a vicious cycle and withholding the withdrawal of funds,” said TIB Executive Director Dr Iftekharuzzaman.

He came up with the remarks at a press conference arranged by TIB at the city’s Dhanmondi on the forthcoming 25th Conference of the Parties (COP25) to the United Nations Framework Convention on Climate Change (UNFCCC) slated to be held in Madrid, Spain from December 3 to December 12.

According to TIB studies, Bangladesh has been financed with 85 million dollars so far over the last three years from the Green Climate Fund (GCF) although the country needs more than 2.5 billion dollars to tackle climate risks.

“Considering the compensation policy of the polluting countries, donations should be guaranteed instead of loan. Underdeveloped countries will have to collectively raise the demand for the smoother supply of necessary funds from the GCF and other international funds…Bangladesh will have to play a significant role [in this regard],” said Dr Iftekhar.

TIB denounced the proposed bond and insurance-based funding scheme terming it ‘inconsistent’ with the fundamentals of grant-based adaptation funding for the affected countries.

They warned that such plans will only help boost the profits of corporate houses.

“Collecting insurance premiums from the affected people and families will put greater strain on them and increase the financial burden on those at risk,” said M Zakir Hossain Khan, Senior Programme Manager, Climate Finance and Governance, TIB.

However, the TIB Executive Director called for approaching the proposed climate insurance scheme with caution. “The government must accept the scheme only after assessing and determining the positive factors.”

Dr Iftekhar said Bangladesh is deprived of an additional 0.5 percent GDP growth every year for financial losses caused by natural disasters that are actually the results of climate change.

He further mentioned that the government must step up efforts to reduce the number of coal-based energy plants. “But, Bangladesh plans to increase coal-based power plants to 30 that will emit about 11.5 croremetric tons of extra carbon dioxide in the atmosphere. As a result, carbon emission will endanger the population of the country.”

“More importantly,” Dr Iftekhar added, “The country will lose 11 percent of its surface area due to sea level rise.”

TIB also demanded a separate fund to tackle the losses and damages due to climate change which will have financed by the developed countries responsible most for the climate change.