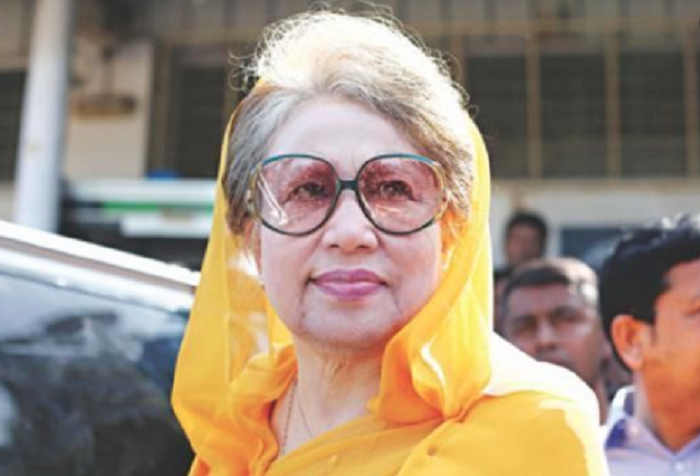 BNP on Thursday alleged that its chairperson Khaleda Zia’s release on bail being ‘obstructed by Prime Minister Sheikh Hasina and her government’.

“The government is resorting to plots instead of restoring democracy in the country. BNP Chairperson Khaleda Zia is not being released because of the government and the head of the government as they are creating obstruction to it,” said BNP senior joint secretary general Ruhul Kabir Rizvi.

Speaking at a press conference at the party’s Nayapaltan central office, he also alleged that the government is working following a ‘brutal scheme’ to prevent the BNP chairperson’s release out of its vengeance. “The government has gone mad to obstruct Khaleda Zia’s release.”

Earlier in the day, the Appellate Division deferred the hearing on Khaleda’s bail petition in the Zia Charitable Trust graft case till December 5.

Rizvi voiced concern as the highest court is taking time to dispose of the BNP chief’s bail petition.

He said people and BNP leaders and activists are now united to foil the government’s ‘evil design’ against Khaleda.

The BNP leader urged the government to take steps for the release of their chairperson on bail shunning its vindictive attitude towards her.

He demanded the government immediately release the BNP leaders after withdrawing the case filed against them.