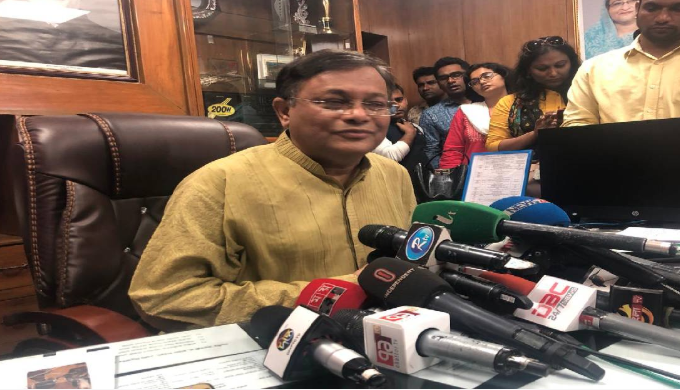 Information Minister Dr Hasan Mahmud on Thursday said the way BNP vandalised vehicles in front of the High Court on Tuesday that proves that the party has returned to the politics of destruction, vandalism and petrol bomb.

“The incident of vandalising vehicles proves that they’ll strike whenever there’s a chance. If BNP can’t shun their destructive politics, they’ll get even more detached from people,” the minister said while replying to a question from reporters at the Secretariat.

Hasan Mahmud further said, “Having made the people their opponent, BNP will turn out to become the enemy of people in the future.”

About BNP’s silence over the Holey Artisan case verdict, Hasan Mahmud said BNP always raised questions whenever any militant was arrested in the past.

“A few days back, Khaleda Zia said the government labels some people as militants after their hair and beard grow during detention. Even, BNP secretary general Mirza Fakhrul Islam Alamgir and their senior leaders raise questions when a militant is killed in an encounter. These show BNP is favouring and supporting militants -- directly or indirectly,” the minister said.

The Holey Artisan case verdict will not only help eliminate militants in Bangladesh but will stand out as a significant verdict in the global context, he said.

Asked about the IS cap on the head of one of the accused in the Holey Artisan case, the minister said, “I’ve talked to the Home Minister about this matter. Since this is under investigation, I don’t want to say anything right now.”

Hasan Mahmud said Bangladesh has been able to control militancy successfully, and even in a better way than the developed countries of the world.