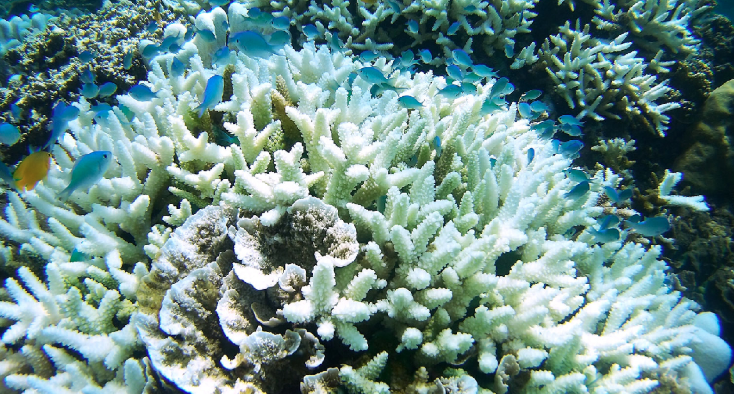 Scientists from four top Australian universities have pioneered a method whereby coral spawn is captured and incubated to create coral babies, which are then transplanted onto the reef to grow and repopulate damaged sections.

Utilizing the yearly natural mass coral spawn which occurred earlier this month, reef scientists from Southern Cross University (SCU), James Cook University (JCU) and the University of Technology in Sydney (UTS), harvested millions of coral eggs and sperm which they then incubated in giant inflatable nurseries, preparing them for distribution.

In order to cover as much ground as possible in the distribution process, last year the group of ecologists teamed up with robotics experts from the Queensland University of Technology (QUT) - inventing a fast and efficient delivery vessel, which they named LarvalBot.

"We're growing lots of larvae so that we can hopefully disperse them effectively on the reef to regenerate reef systems at a larger scale, more efficiently," SCU Professor Peter Harrison said.

"LarvalBot is a concept that allows us to do that by pre-programming tracks along the reef to disperse the larvae."

Along with its surface dwelling partner, the LarvalBoat - LarvalBot acts like an underwater crop duster, carrying a bladder of coral spawn which it releases over pre-determined sections of reef.

Deploying this technique on a larger scale than ever before, the team have managed to settle millions of coral babies onto the reef and say that already this week coral polyps have began to grow.

"In the year since the first LarvalBot trial, we've been able to extend the reach of the robot's larval delivery system from 500 square meters to a recent trial in the Philippines where a LarvalBot was able to cover an area of three hectares of degraded reef in six hours," QUT Professor Matthew Dunbabin said.

The successful merging of coral ecology and robot technology has presented a promising lifeline for the gravely threatened reef, however, the scientists said that restoration alone cannot save the world's reef ecosystems, and that urgent action on climate change remains their only hope for survival.