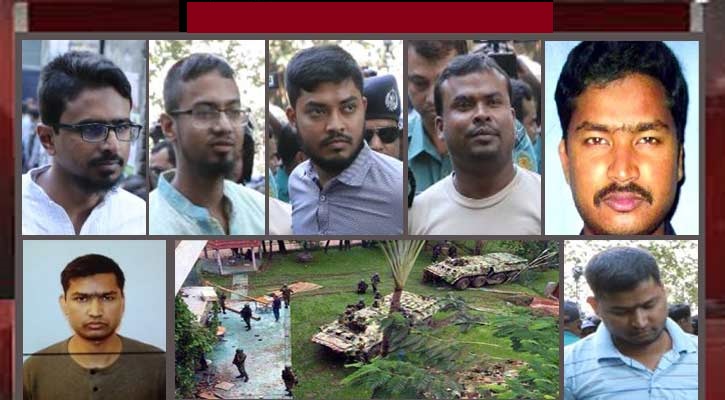 The defence has expressed dissatisfaction and vowed to challenge the Holey Artisan attack verdict that sentenced seven people to death.

“We are aggrieved, dissatisfied with the verdict,” Delwar Hosen, one of the defence counsel, said while talking to media on the court premises in Old Dhaka after the verdict was pronounced.

Seven militants were sentenced to death for their involvement in 2016 Holey Artisan attack that left 22 people, including 17 foreigners, dead.

The other suspect in the case, Mizanur Rahman alias Boro Mizan, has been acquitted.

The trial initiated on November 26, 2018 by framing charges against eight militants while the recording of depositions of witnesses started on December 3 in the same year.

A number of five armed militants stormed the upscale eatery in the diplomatic zone on July 1, 2016 and held the diners hostage before killing 20 of them—three Bangladeshis, seven Japanese, nine Italians and one Indian national.